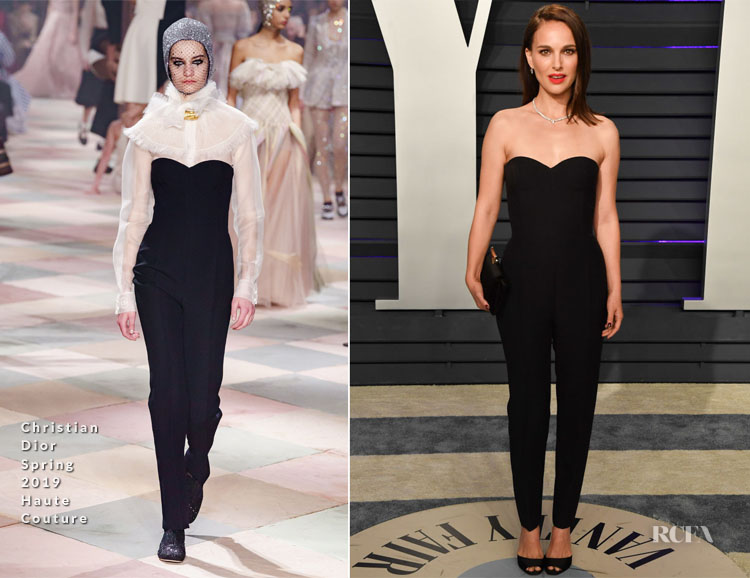 There was a sense of renewed vigour for Natalie Portman’s style after Venice Film Festival, so I was left a bit disappointed by her look at the Vanity Fair Oscar Party on Sunday (February 24) in Beverly Hills, California.

Yes, not everyone is there to dress up like a show pony. I get that’s not everyone’s style.

But this Dior Haute Couture Spring 2019 black strapless jumpsuit doesn’t give me that stomach flip.

In saying that, the piece is exquisitely tailored, and the styling is on point. But I would’ve loved it more at a New York premiere.