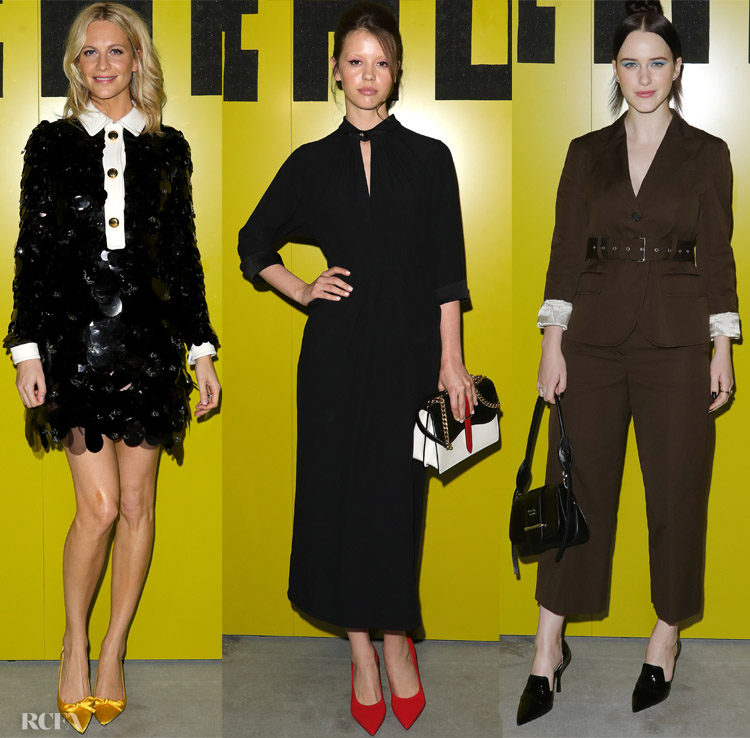 If you know that the Prada Fall 2019 presentation on Thursday (February 21) during Milan Fashion Week had a darkly romantic, bride of Frankenstein vibe, then the looks of the front row may make a bit more sense.

Poppy Delevingne: With its exploded paillettes and golden heels, this ensemble was clearly one of the more outright embellished numbers of the front row.

Mia Goth: I love the languid femininity of this black dress — the minimalism of which was amplified by the sultry appeal of the red heels paired with the statement handbag that had a flash of crimson to tie it all together. 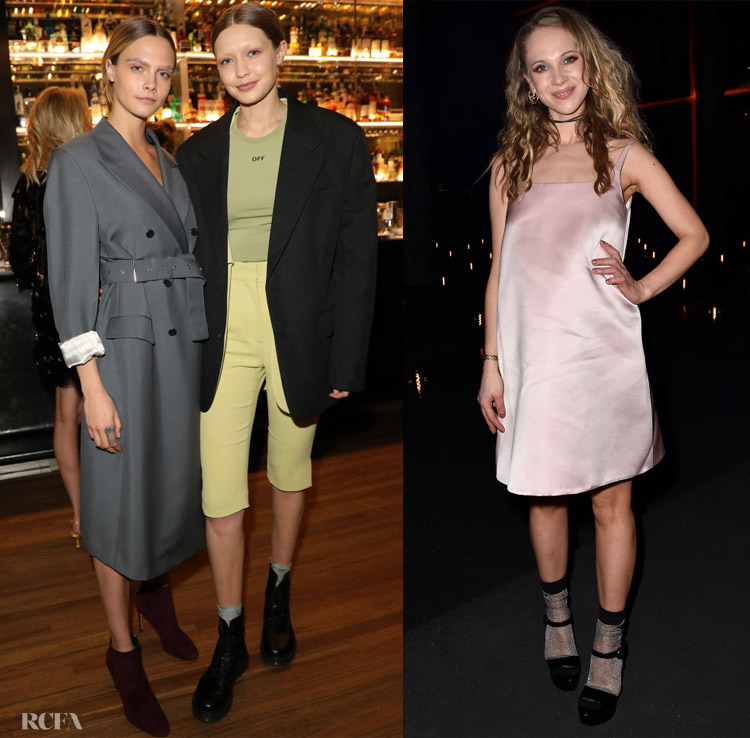 Cara Delevingne: I love how effortless this tied-together trench looks on Cara with the stiletto booties. She walked the Prada show, and it looks as if she could have just thrown on this coat backstage and went on with hardly a care.

Gigi Hadid: Gigi also made a turn down the runway for the Prada show and put utilitarian to the test with this green suit featuring capris-style pants. I think it would have done well to go without the oversized black blazer, as the work boots were plenty.

Juno Temple: This look may be where the bride of Frankenstein theme makes most sense, as the slip dress and Mary Jane platforms look like a cross between a nightie and half of a goth Halloween costume.