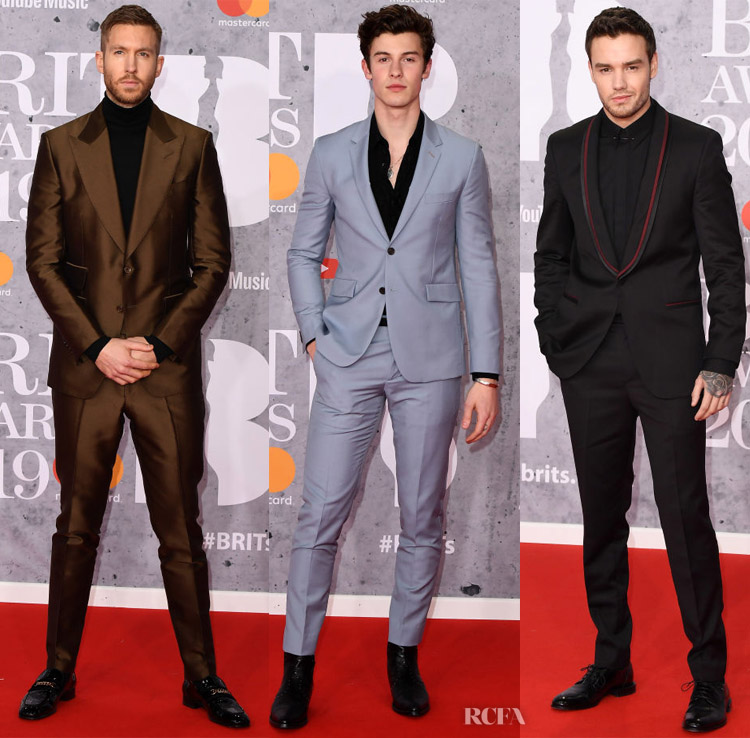 The BRIT Awards 2019 were hosted in London on Wednesday (February 20). You’ve likely already seen the array of looks from the girls, but the guys gave us some eye candy, too.

Calvin Harris: Satiny suits can be a tough sell, but this chocolate-brown Tom Ford ensemble was quite delicious.

Shawn Mendes: With Shawn’s handsome gaze and half-unbuttoned shirt, the rest of his outfit really didn’t matter. That said, it was right on cue with the slim-line and shrunken silhouette trend.

Liam Payne: I like how the red lapel pinstripe of this sleek black HUGO suit added subtle yet strong panache. 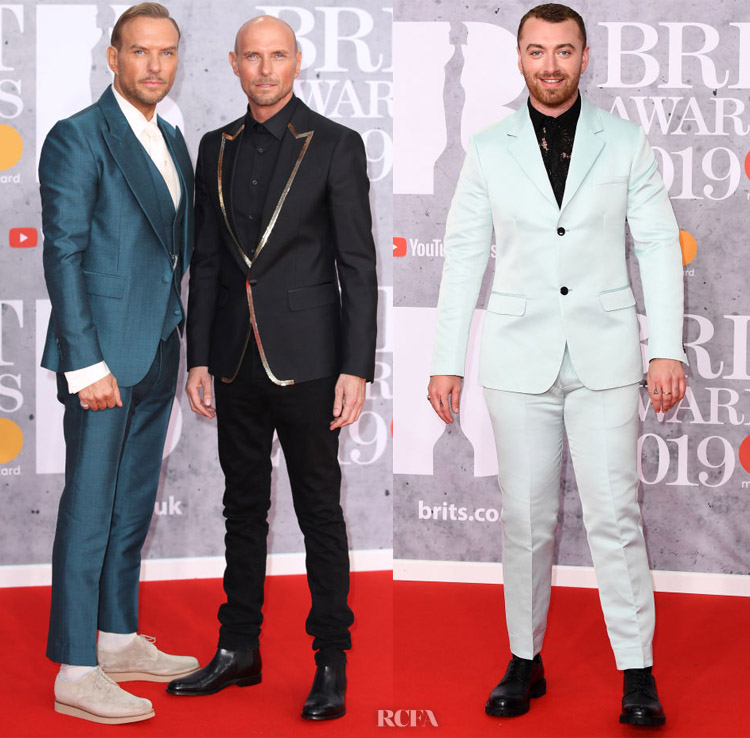 Matt Goss: The shrunken also look came into full effect with this petrol-blue three-piece suit. I think I would have liked it better with different footwear.

Luke Goss: Sequins can totally work for men’s suiting, as Luke demonstrates here with just a bit of flash to go with those skinny trousers.