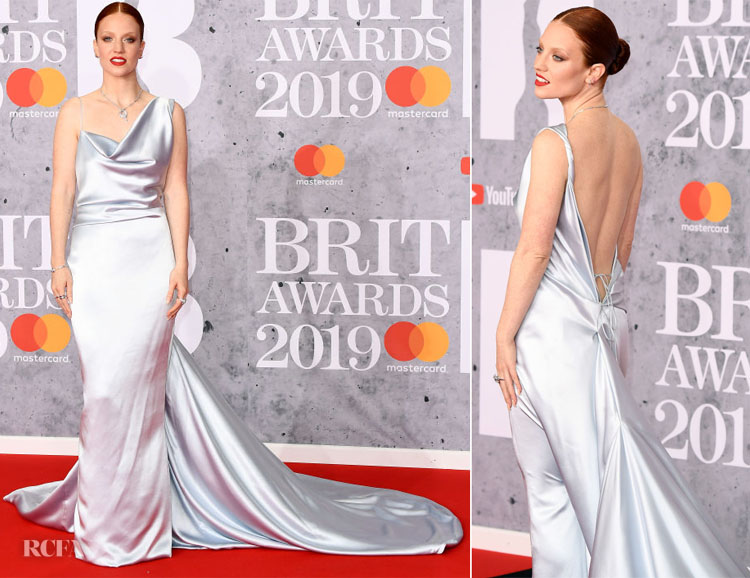 Like Jorja Smith, Jess Glynne opted for two looks from one designer for The Brit Awards 2019 in London on Wednesday (February 20), where she was nominated for the British Female Solo Artist and British Single.

Red Carpet: I love the ice-blue hue and drapery of her asymmetric Vivienne Westwood Couture silk satin gown, but I’m lost from the hips down. Smoothness of the skirt, a slightly shorter length and some finesse at the back would’ve perfected this for me. 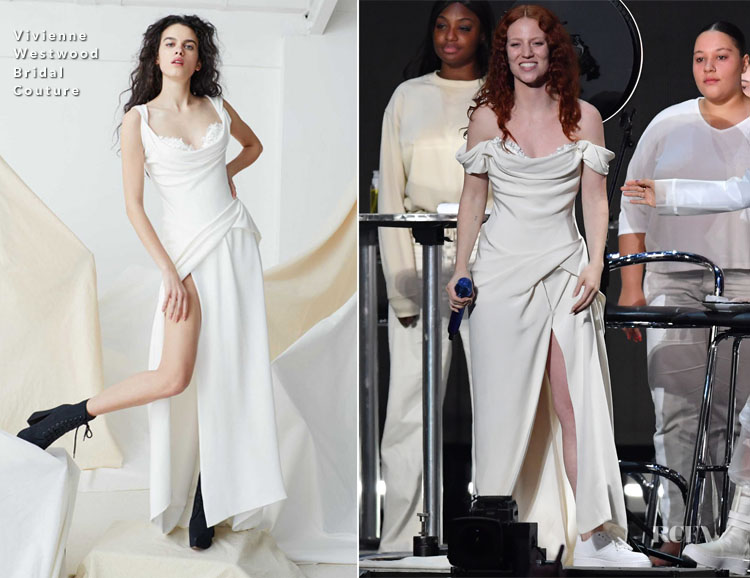 Performance: The singer teamed up with H.E.R. for an empowering performance of ‘Thursday,’ which saw the singer remove her makeup during the performance. The off-white hue of this signature Vivienne Westwood Couture gown was giving me strong bridal vibes, but I love the construction of the piece. If I had to choose between the two, I much prefer this over her red carpet offering.

Who Was Your Best Dressed The BRIT Award...

Lizzo In Dundas – The BRIT Awards ...