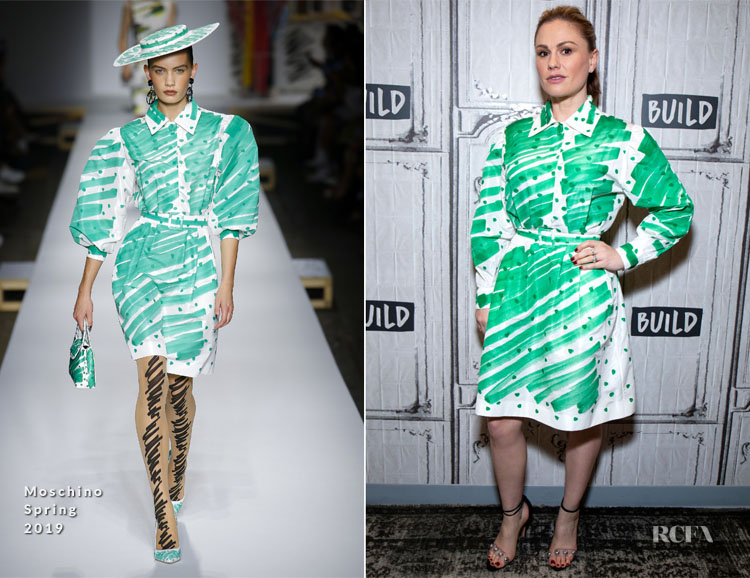 Anna Paquin made a guest appearance on AOL’s Build Series to promote her new series, ‘Flack,’ on Wednesday (February 20) in New York City.

We’ve seen the Moschino Spring 2019 scribble-print on Cardi B and Rita Ora, which were both expected, and I’m sure Zendaya and Katy Perry will join the list at some point, but to see this quirky print on Anna feels fresh, and unexpected.

The freshness also comes from the bright green hue and the simple silhouette, as Cardi and Rita both went for drama.

I wouldn’t say that I’m sold on the Schutz heels here, but from the ankles up, I’m digging this look.

Anna Paquin Goes Back To Black For ̵...