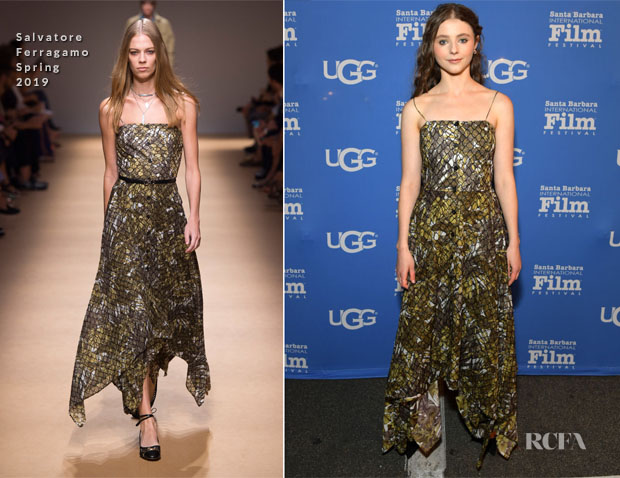 Thomasin McKenzie was in attendance at the 2019 Santa Barbara International Film Festival on Tuesday (February 5), along with Claire Foy and Lucy Boynton.

The ‘Leave No Trace’ actress’s Salvatore Ferragamo Spring 2019 dress had a camouflage-like pattern, but it certainly didn’t make her blend in.

The subdued greens complemented her hair and skin tone.

It could have benefited from being raised slightly so it would have had the same proportions as the runway version, but there is still plenty of movement on the uneven hem.

Do you miss the belt?