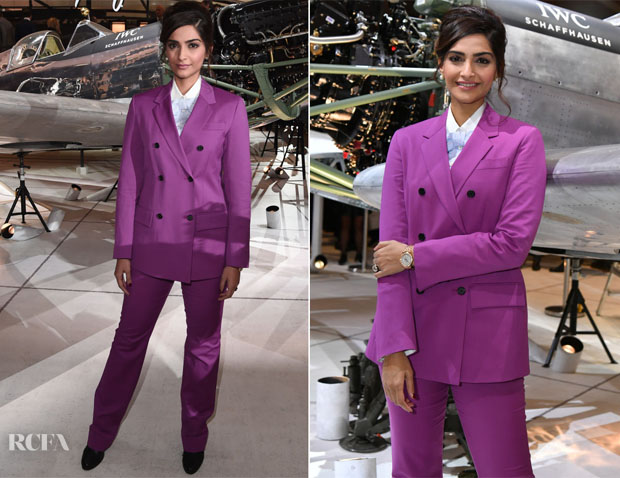 Sonam Kapoor visited the IWC booth during the Maison’s launch of its new Pilot’s Watches at the Salon International de la Haute Horlogerie (SIHH) on Tuesday (January 15) in Geneva, Switzerland, before putting on a party frock for the gala.

At first, I was excited to see Sonam in this Calvin Klein suit. Mostly because of the colour, but also for playful striped Prada bow.

But I have to say, on closer inspection I don’t find  it that flattering on Sonam.

Boxy suits are her thing, but on this occasion, I wish the cut had been sharper along with the fabric.

I can’t say I am too enamored by the heavy footwear here either. 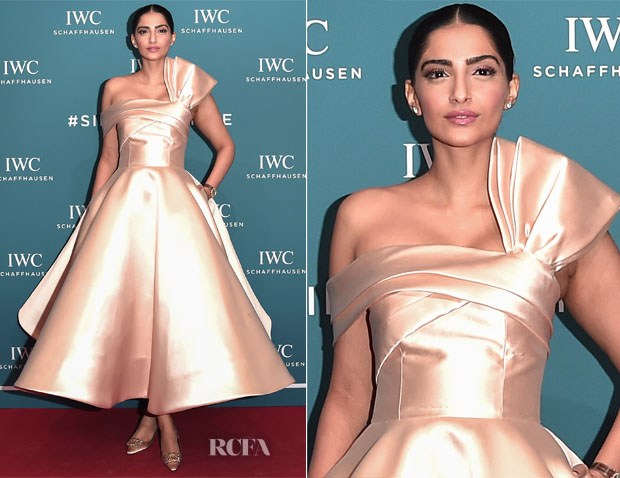 Sonam can rock a gown like no other, so I was delighted to see her turn things around for the gala event wearing a Mark Bumgarner gown with Roger Vivier’s classic pumps.

While it is nothing new – a look that Sonam can create in her sleep – it doesn’t stop this from being gorgeous, and the better of the two looks she presented at this event.

Sonam’s hair was tied in a neat bun and styled with complimentary jewels.

The final touch to both looks were IWC watches. 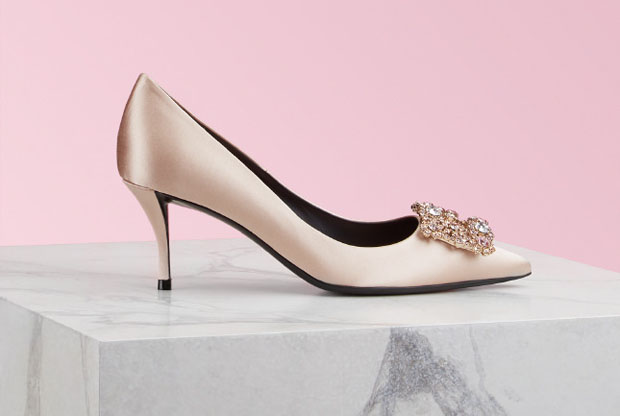