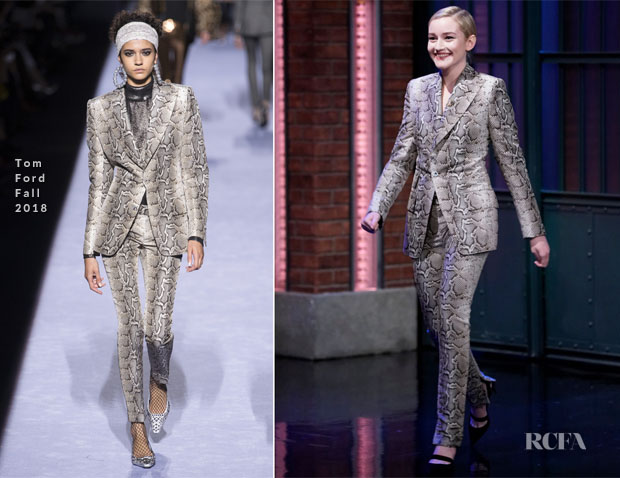 Julia Garner made a guest appearance on ‘Late Night with Seth Meyers’ on Thursday (January 10) where she talked all about playing and meeting the real-life person she portrays in ‘Dirty John’.

The actress isn’t someone you can pigeonhole.

Yes she wears a lot of Miu Miu, but if you were to ask me to define her style, the best I could come up with, is that she evokes the style of an indie actress.

Well, her latest look from Tom Ford’s Fall 20118 collection would totally contradict that statement, as this snake-print suit was as sleek as you like.

Roberto Cavallii’s favourite reptilian print, is presented in an uber cool, none cheesy way in this signature wide-lapel suit.

The styling was kept simple, as this look speaks for itself. 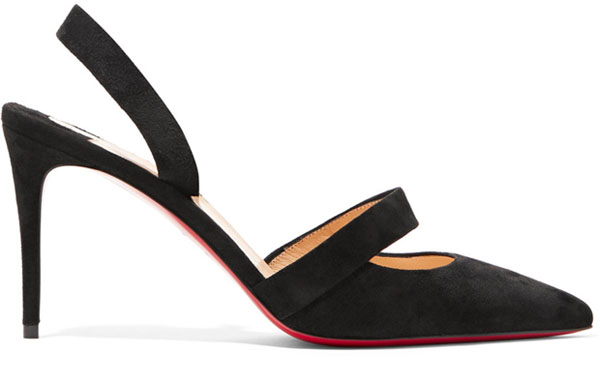 Allison Williams Layers Up To Promote ‘A Series Of Unfortunate Events’