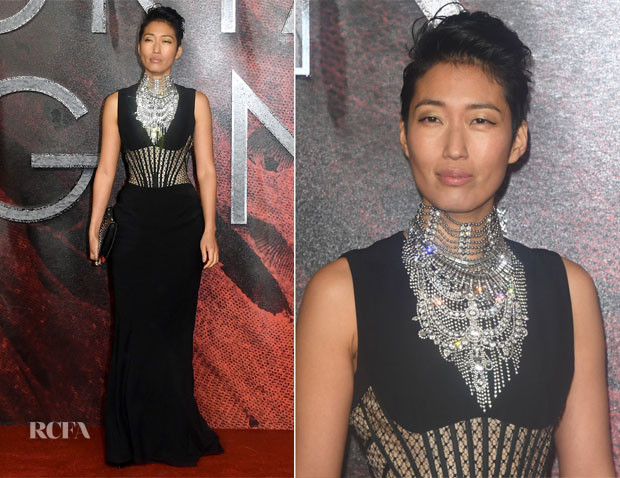 The world premiere of ‘Mortal Engines’ took place on a very wet night in London on Tuesday (November 27), with Jihae.

I was immediately drawn to the smoldering presence of the actress, who wore a familiar Alexander McQueen dress.

The dress immediately took me back to the Alexander McQueen Spring 2013 dress Nicole Kidman wore to the Golden Globe Awards.

There are modifications on this occasion as the lace corset-style waist featuring visible boning and a nude lining has been constructed ever so slightly differently, and the bees are absent here, but the Dannijo necklace was the only statement piece this look needed.