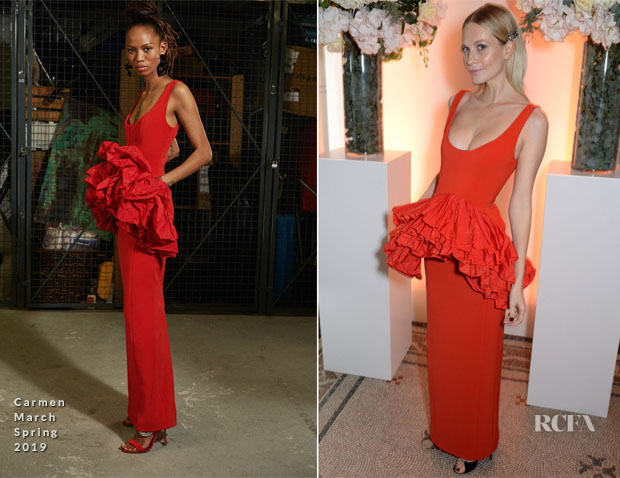 Time really does fly, as I can’t believe it has been a year since Edward Enninful became the Editor-in-Chief of British Vogue.

To celebrate, he hosted a party at The National Portrait Gallery on Thursday (November 8) in London with Poppy Delevingne in attendance.

The actress wore a Carmen March Spring 2019 body-con dress which was already arresting thanks to the fire-engine red hue, but the taffeta flamenco ruffles take this to another level.

I know some of you aren’t fans of the Brock Collection bustles, so how does this look fare?

Poppy styled her dress with Giuseppe Zanotti shoes, while giving her look a statement finishing touch with this an Ashley Williams ‘Girls’ hair accessory.