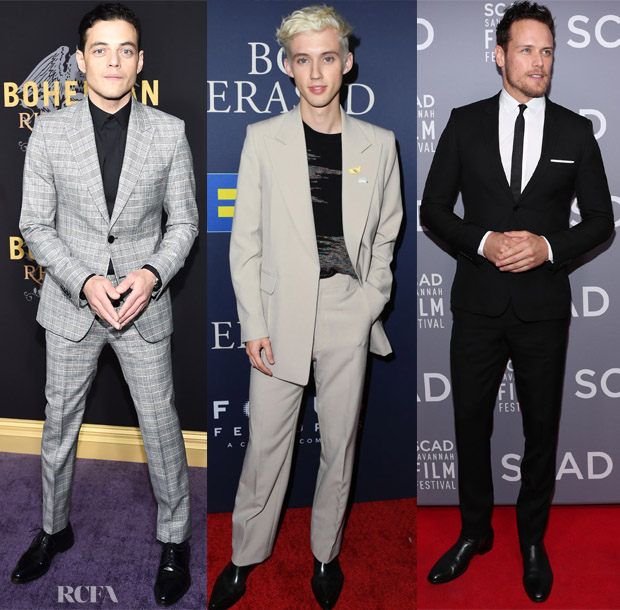 Here’s a quick roundup of some of the guys who caught my eye on the red carpet this week.

Rami Malek: For the ‘Bohemian Rhapsody’ New York premiere, the actor wore a Givenchy Fall 2018 tailored plaid suit which some might think was tame by his standards, but there was plenty of sartorial elegance oozing from this look to keep me fully captivated.

Troye Sivan: The actor joined Nicole Kidman on the red carpet for the ‘Boy Erased’ LA premiere in Helmut Lang. We often have girls borrowing from the boys, but on this occasion Troye was borrowing from the girls, as this oatmeal Spring 2019 suit hails from the upcoming womenswear collection. Some might find this hard to believe as the suits sharp tailoring especially the wide lapels leans strongly in the direction of menswear, but we’ve seen many cross-overs lately.

Sam Heughan: I have a feeling that I don’t need to tell you that this suit is by Saint Laurent. The classic black and white, plus the fit and style of the suit speaks for itself. 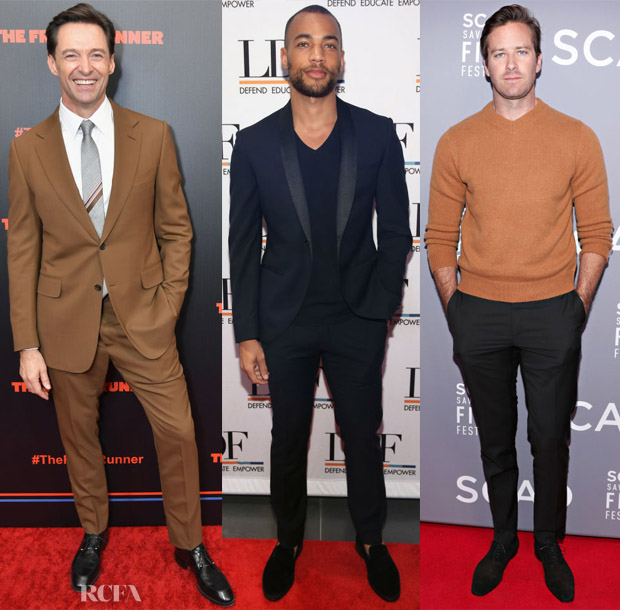 Hugh Jackman: The Australian actor attended the premiere of ‘The Front Runner’ in New York this week. This brown biscuit hue comes around again, this time in a dunhill’s Belgravia suit. I can come around to the colour, but the grey double stripe tie doesn’t work for me.

Kendrick Sampson: There is not an event that goes by where Kendrick doesn’t look so smooth and handsome. The actors Luigi Bianchi Mantova suit represents the excellence and elegance of Italian tailoring.

Sarah Jessica Parker In Whistles & Baukjen – Out In New York