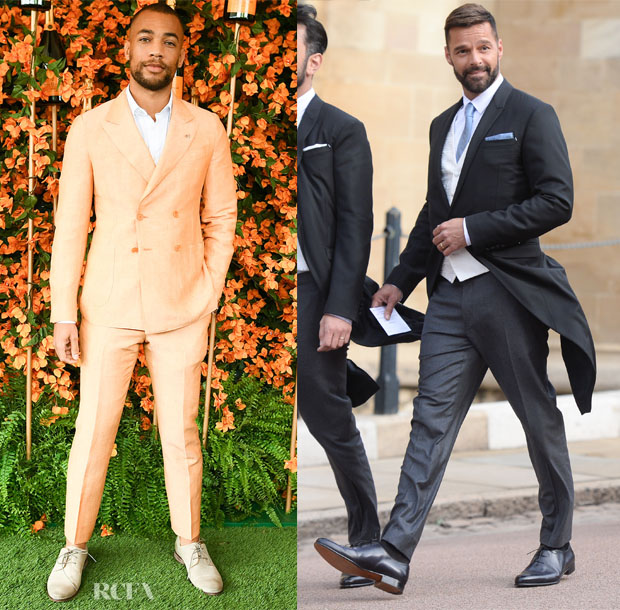 Here is a roundup of the guys who hit the red carpet and royal wedding this week.

Kendrick Sampson: The actor was probably the best dressed at the Veuve Clicquot Polo Classic, opting to wear an orange Eidos suit. Of course he wanted to complement the iconic Veuve Clicquot label which provided the backdrop to the step and repeat, but what I love most is that the shade is both summery and autumnal all at once, and that he didn’t opt for black or navy shoes. A Movado watch rounded out this well thought-out effort.

Ricky Martin: Who knew Ricky Martin and Princess Eugenie were friends? The singer was one of the many guests who attended the royal wedding on Friday. He was outfitted by Berluti, wearing a black wool morning coat, ivory jacquard vests with baby blue silk tie and pocket square exclusively designed by Kris Van Assche. 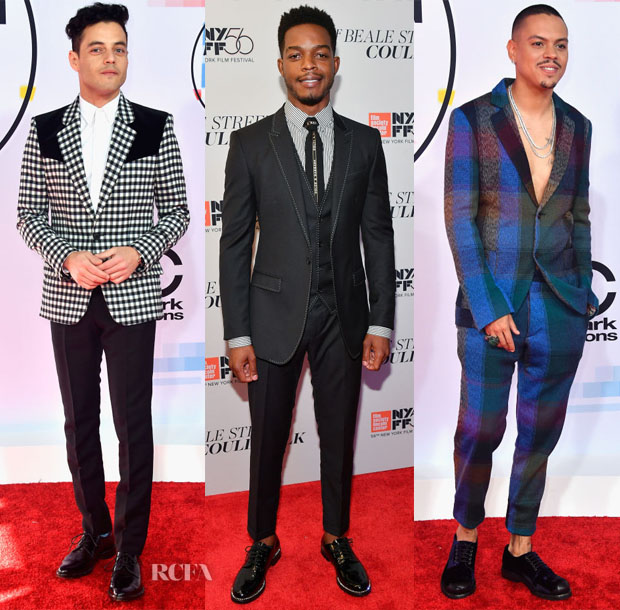 Rami Malek: Dressed in Dior Men Fall 2018, I love the swagger and flare that this look -especially the tailored jacket in black and white gingham – brought to the American Music Awards red carpet.

Stephan James: This Dolce & Gabbana suit may seem traditional at first, but the contrast stitching gives the look a contemporary feel.   I like how Stephan styled the look especially with the stud trimmed shoes which sold this look to me at the ‘If Beale Street Could Talk’ New York Film Festival premiere, where he joined KiKi Layne.

Evan Ross: Opting to go sans shirt, there was something that felt very cozy about this Missoni checked suit. It could almost pass as pjs. 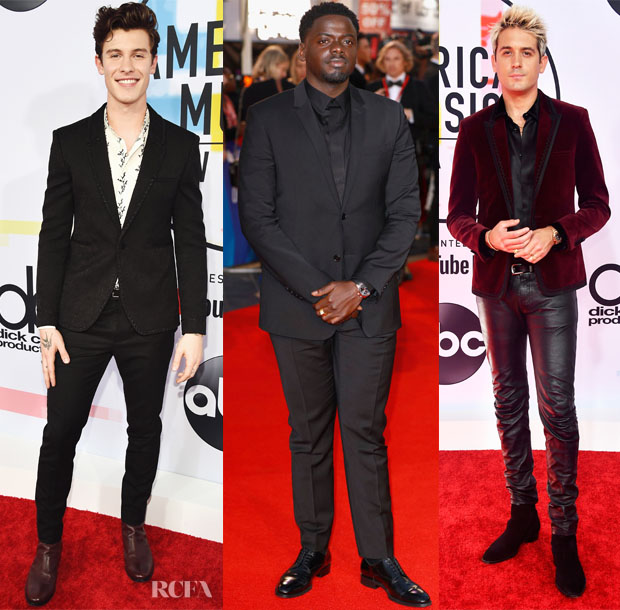 Shawn Mendes: The musician usually has more fun on the red carpet, so I was a little underwhelmed by this Saint Laurent offering.

G-Eazy: Between the velvet blazer and leather trousers, I’m sure you don’t need me to tell you that this look is from Saint Laurent.