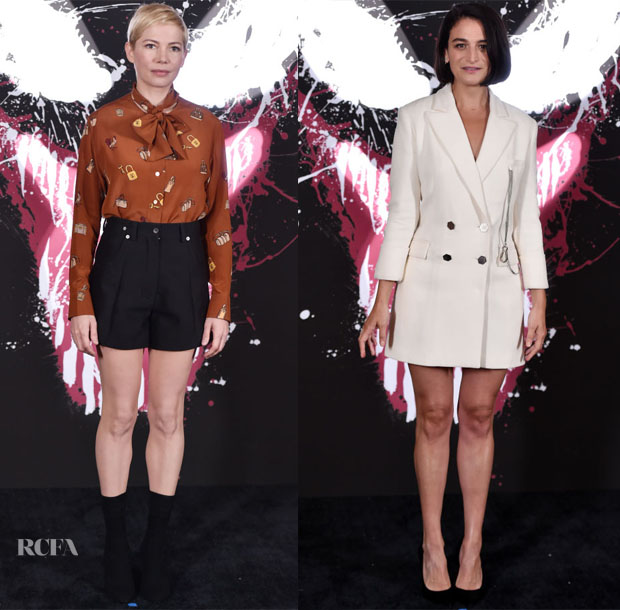 Columbia Pictures’ hosted a photocall for the cast of ‘Venom’ held at the Four Seasons Hotel Los Angeles on Thursday (September 27) in California.

Jenny Slate: The actress kept things simple in an Osman Pre-Fall 2017 white dress with its androgynous silhouette tailored to recreate the look of an oversized double-breasted suit jacket complete with notched lapels. Keeping the look feminine and fierce, she paired the look with black pumps.