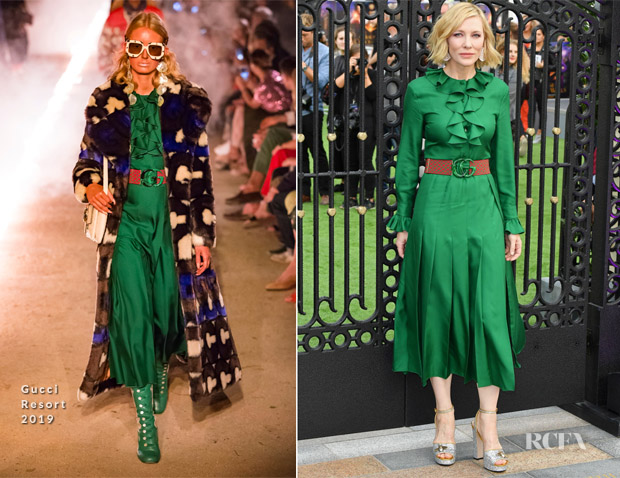 Following her trip to Italy with Armani Beauty for the 2018 Venice Film Festival, Cate Blanchett headed to London for the world premiere of ‘The House With The Clock In Its Walls’ on Wednesday (September 05).

I have always viewed Cate almost as some mythical creature, especially when she leaves me breathless wearing Armani Prive, but on this occasion in Gucci Resort 2019, she’s floated back down to earth.

I adore the striking emerald hue, and how the modest length anchors the impact while ruffles and pleats lend texture and attention-to-detail.

This could’ve felt one-note without the belt and sparkling Gucci bee-accented platform sandals, however, this was yet another high note reached by Cate.

The woman can do no wrong.