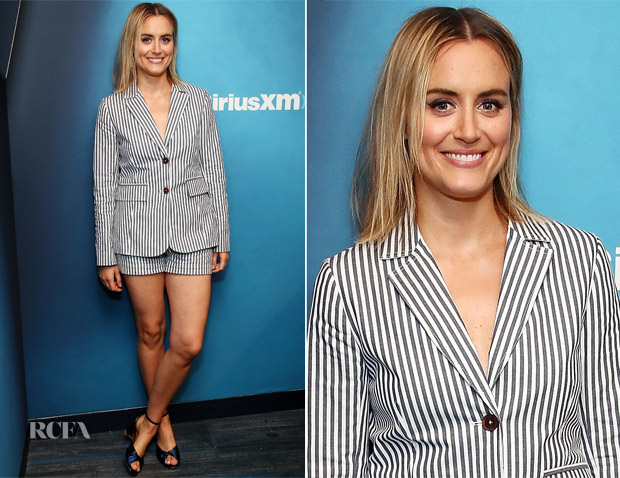 ‘Orange Is the New Black’ star Taylor Schilling promoted the sixth season of the Netflix show at SiriusXM studios on Thursday (August 2) in New York City.

This light-weight suit instantly feels weather-appropriate with practically no effort thanks to the stripes.

If I had to nitpick, I wish the blazer had fit a bit better or tailored to be more streamlined.

I would also say the navy shoes are a bit of a head scratcher, but all in all this is a fun daytime look for Taylor. 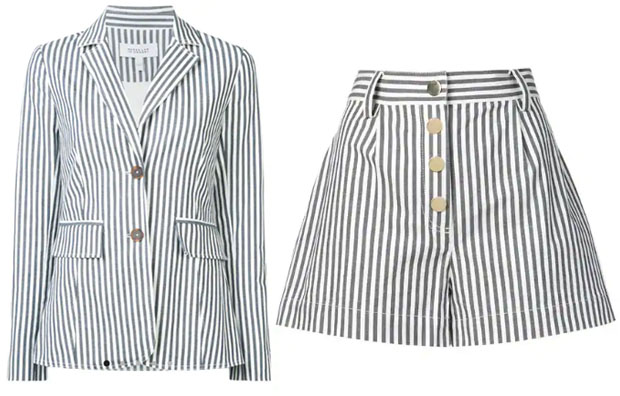 Posted by Catherine Kallon on August 6, 2018 In: 10 Crosby by Derek Lam, Taylor Schilling