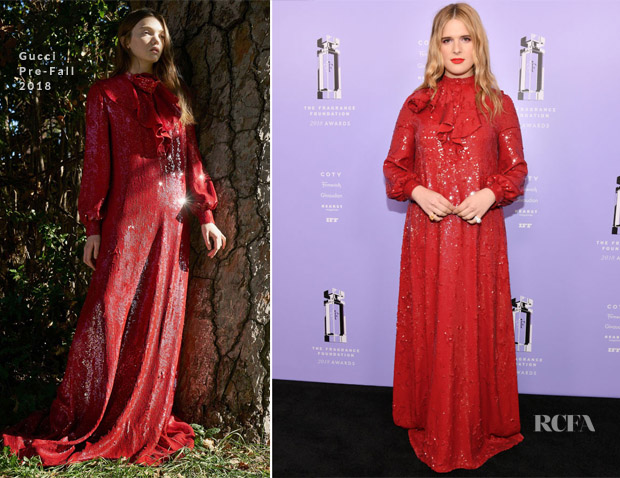 Gucci’s Pre-Fall 2018 collection reinterprets the hippie movement with a new take on garments made in relaxed shapes of which this red sequin jumpsuit showcases.

However, I believe Hari is wearing a dress rather than a jumpsuit, which I think was wise considering the length of those trip-hazard trousers.

I love how she wore the looks ever so gracefully, without much fuss to allow the dress to be the centerpiece.

Get Up To 40% Off In The AllSaints Sale