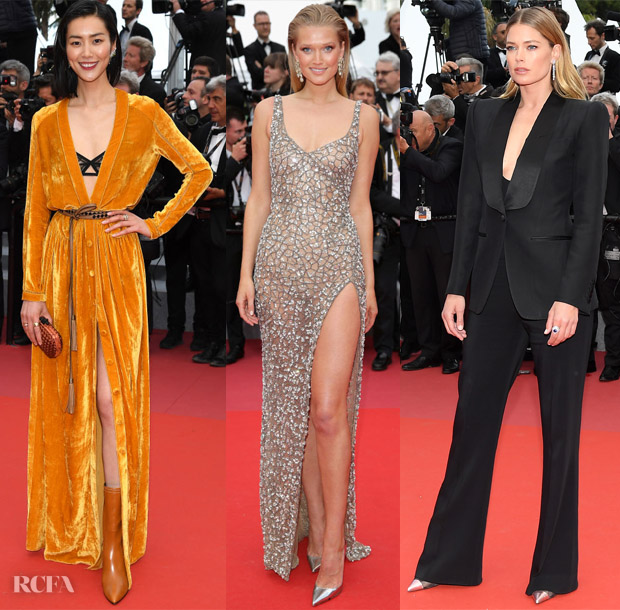 Liu Wen: Never one to go down the sheer, bedazzled route, she shone in Bottega Veneta Fall 2018. She borrowed styling ideas from the runway, but added a Bottega Veneta clutch. The rich marigold colour had such a sumptuous air. I’m curious to see how the ankle boots will go down.

Toni Garrn: The German model showed some leg in Roberto Cavalli Couture. It certainly embodied the designer’s sensual aesthetic. It also showed a level of craftsmanship for the way the lining perfectly matched her skin tone with no distracting bra cups or panty lines.

Doutzen Kroes: The Dutch beauty traded in the gown for strong-shouldered Tom Ford separates paired with pink Tom Ford pumps. Some ensembles with exaggerated shoulders haven’t gone down well, but the proportions of this look shouldn’t offend. 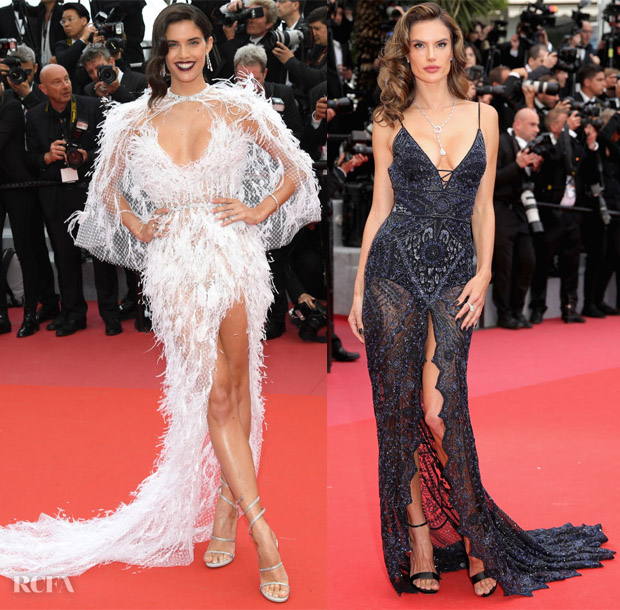 Sara Sampaio: Texture was the focal point of her custom Ralph & Russo couture gown. The feathered trim was a change of pace. René Caovilla sandals and Chopard jewels provided some shine. Do you prefer the runway version or Sara’s custom look?

Alessandra Ambrosio: Not bothered about showing legs and cleavage, the supermodel was clad in Roberto Cavalli Couture with Boucheron jewels and Jimmy Choo ‘Kaylee’ sandals. She could carry off almost any gown, but I’m craving something more unexpected. 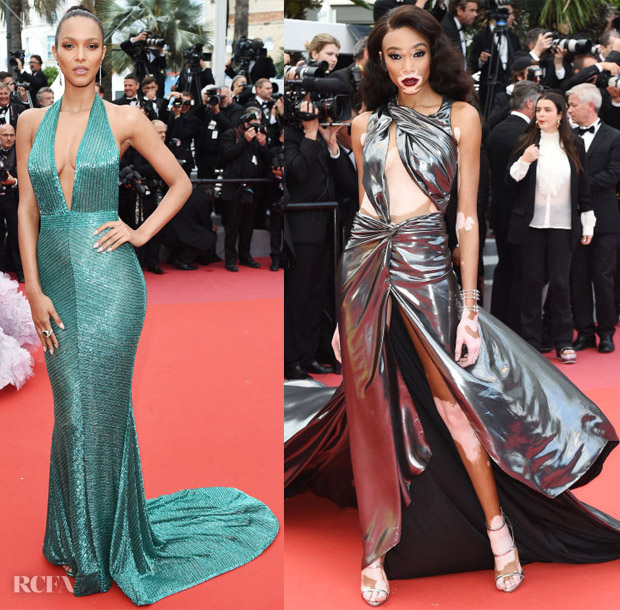 Laís Ribeiro: At first glance, it seems like a simple style but it’s not. The Victoria’s Secret Angel’s Ali Karoui dress had a clever use of embellishment with the lines showcasing her figure. Avakian jewels increased the shimmer.

Winnie Harlow: The Canadian model’s Jean Louis Sabaji gown looked like liquid silver, but the finish isn’t as refined as it could be. The up-to-there front slit and twisted detailing don’t help matters. 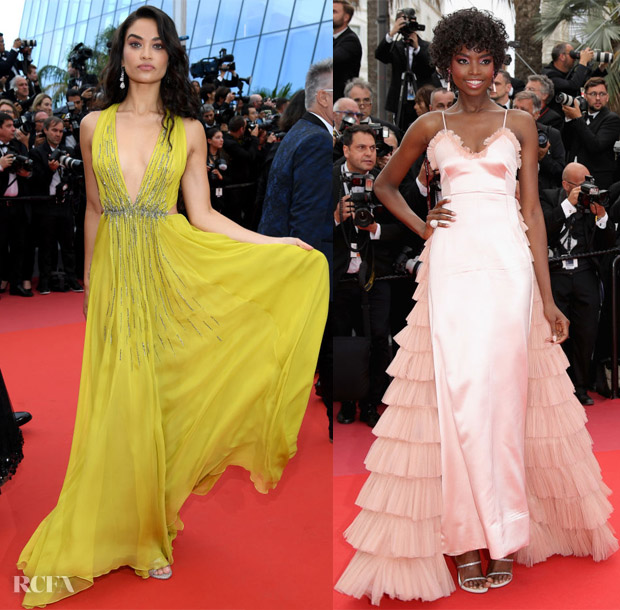 Shanina Shaik: The newlywed brought some bohemian allure in Alberta Ferretti and Avakian jewels. There was a refreshing air to the piece as it wasn’t over-styled or overly embellished. It’s carefree and effortless.

Maria Borges: The Angolan model made a sweet statement in a tiered ballet pink confection. Glamour and sensuality are normal themes so this was a nice change. René Caovilla sandals and her curly hair finished the pretty style. 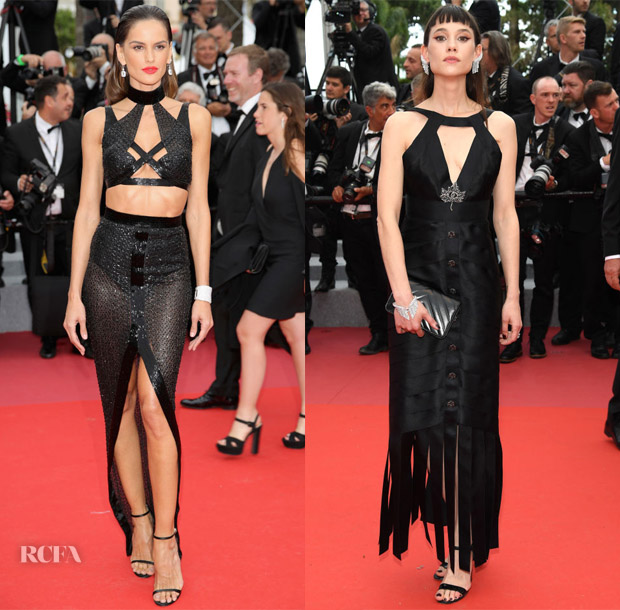 Izabel Goulart: The bondage inspiration wasn’t lost on this Julien Macdonald Fall 2017 ensemble. It was all about sleek seduction. The reverse had just as many details as the front.

Astrid Berges-Frisbey: Another beauty in black, the French-Spanish actress wore a Chanel style which made clever use of banding to bring subtle texture and movement to the dress. Would you have liked to see this look on Kristen Stewart?