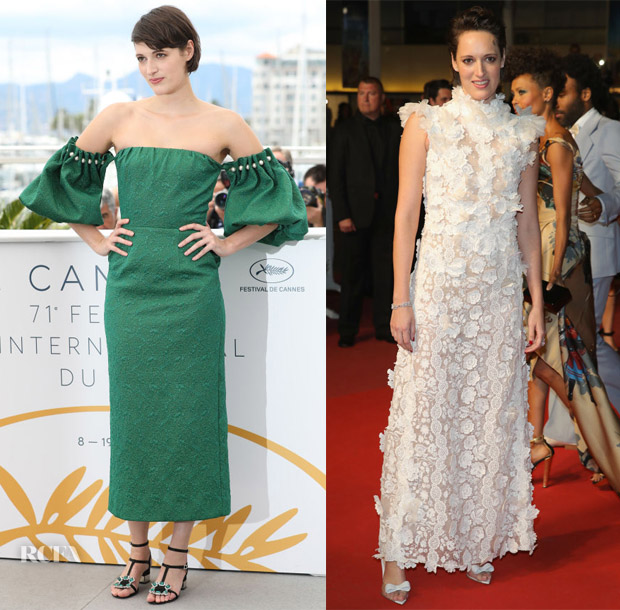 Phoebe Waller-Bridge has been busy promoting ‘Solo: A Star Wars Story’ at the Cannes Film Festival. Firstly, she attended the photocall on Tuesday (May 15). Then she stepped out this evening for the premiere, alongside Emilia Clarke, Thandie Newton and Elizabeth Debicki.

Photocall: I was enchanted when I saw this Mother of Pearl dress as the emerald green colour is divine on her. The voluminous sleeves with embellishment only add to the drama. Completed with the Roger Vivier shoes, it was a strong look that she could have worn to a premiere.

Premiere: After setting the bar high, she continued her fashion reign in Giambattista Valli Haute Couture. The whimsical piece with three-dimensional appliques demonstrates how sheer fabric can be incorporated into a look for a cohesive statement. The bow-accented Gianvito Rossi shoes and Messika jewels rounded out the ethereal style. 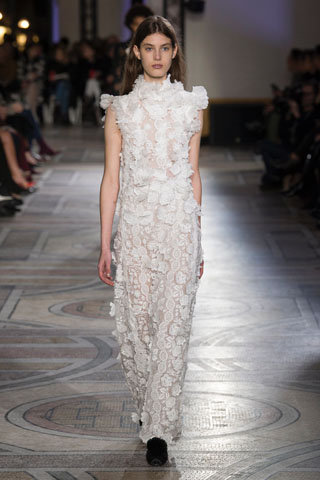