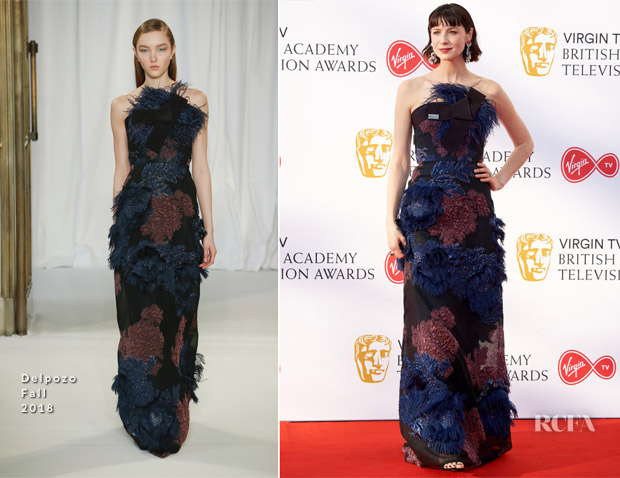 The ‘Outlander’ actress often gravitates towards black. Her Delpozo Fall 2018 dress certainly had an inky allure, but it was dramatized by the explosion of appliques and feathered trim.

Texture is something not to be underestimated in an outfit and this decorated confection speaks to that. The strapless silhouette is sleek but the trimmings bring such tactile dimension.

The ensemble was tied up with the knotted neckline and Time’s Up pin.