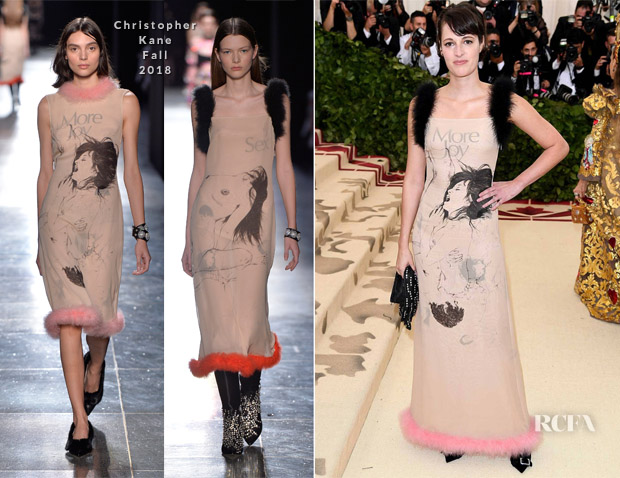 Phoebe Waller-Bridge was in attendance at the 2018 Met Gala at The Metropolitan Museum of Art in New York City on Monday (May 7).

The ‘Solo: A Star Wars Story’ actress was outfitted in a blushing Christopher Kane Fall 2018 look. The style captured the designer’s mastery of prints and texture and will no doubt be an interesting talking point as the ‘More Joy’ illustration references ‘The Joy of Sex,’ a 1972 illustrated manual of positions the designer was inspired by for the collection.

With the feathery trim it was a whimsical look and an interesting subversion on the night’s theme.