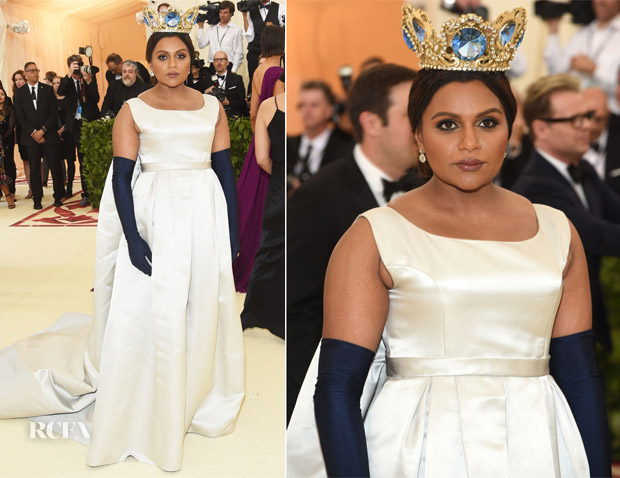 Mindy Kaling was back on the red carpet at the 2018 Met Gala on Monday (May 7) in New York City.

The ‘A Wrinkle in Time’ actress looked positively regal in her Vassilis Zoulias ensemble. There isn’t need for heavy surface embellishment because the refined elegance of the style has such impact between its pleated front and draped back.

Her headpiece was one of the most ornate of the evening. With the sophisticated dress, I foresee some mistaking it for a princess look rather than the ‘Heavenly Bodies’ theme, but the entire look has been crafted in reference to it.

Posted by Heather Cichowski on May 8, 2018 In: Met Gala, Mindy Kaling