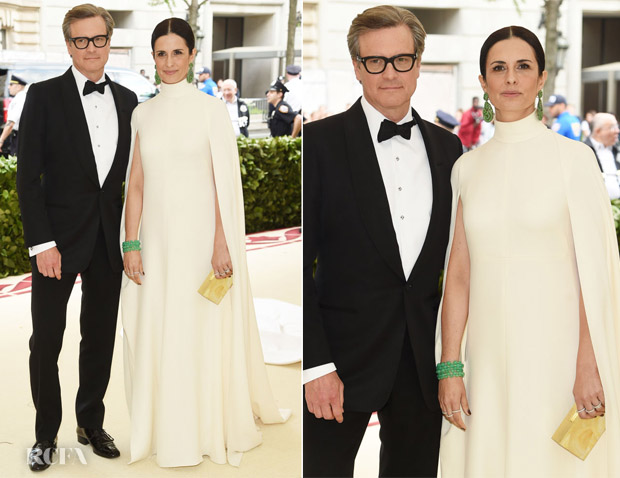 We’ve already seen no small measure of elaborate looks at the 2018 Met Gala tonight (May 7) in New York City.

So, perhaps that’s why Livia Firth’s entrance created such a striking impact when she graced the red carpet with Colin Firth.

This custom Giambattista Valli Haute Couture gown was a study in quiet refinement that spoke volumes, as it softly played to theme with its monastic, cape-like silhouette.

It was simply pristine.

The green Chopard jewels and gold clutch added a layer of colourful dimension to the look.

Posted by Rachel Watkins on May 8, 2018 In: Giambattista Valli, Met Gala