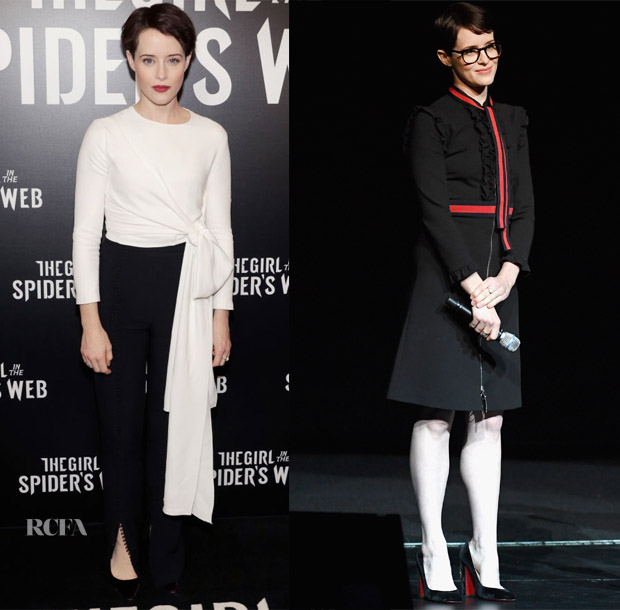 ‘Girl in the Spider’s Web’ CinemaCon Presentation: Black and white generally makes for a striking statement, but what really caught my eye with this 16Arlington ensemble was the glorious swoop of the white tie blouse and the micro-buttons running all the way down the trousers—like the ones you might see on a wedding gown—offering a new twist on elegant formalwear. The cranberry lip was a lovely addition to embolden the look.

‘First Man’ CinemaCon Presentation: While there was certainly a thoroughly demure nature to this ruffled Gucci zipper dress, there was also something of a subtle sexy-secretary vibe emanating from its classic schoolgirl charm.

The Prince’s Trust, TKMaxx And Homesen...