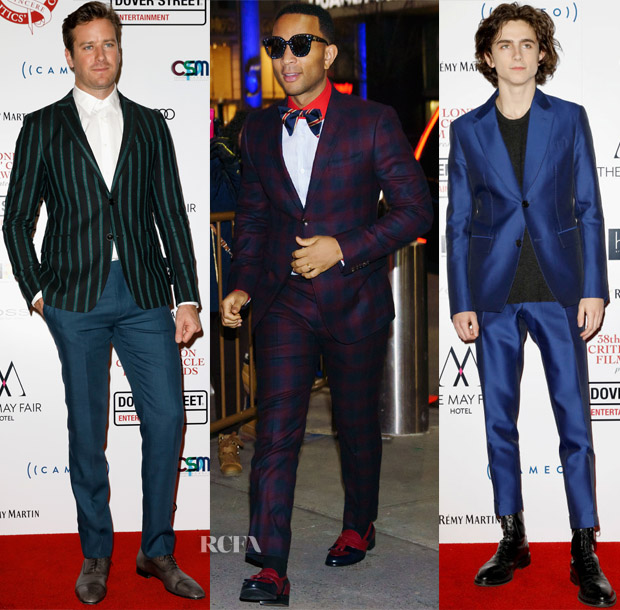 Here, the latest look at the guys who have caught our eye.

Armie Hammer: The actor was at the London Film Critics Circle Awards 2018 on Sunday (January 28), where he suited up in an Etro ensemble. I like the coloration of this green striped jacket, especially as it brought out his eyes.

John Legend: Does it get more dapper than this? I think not, as the singer debuted a dandy Gucci plaid suit in Soho, New York City on Tuesday (January 30). It was ever so stylized in all the right ways with the striped bow tie, colour-block tassel loafers, and bold sunglasses.

Timothée Chalamet: Joining Armie at the London Film Critics Circle Awards, the young actor kept his signature look going strong with the slim, cropped proportions of this Berluti suit and black T-shirt. This bold blue colour was striking on him. 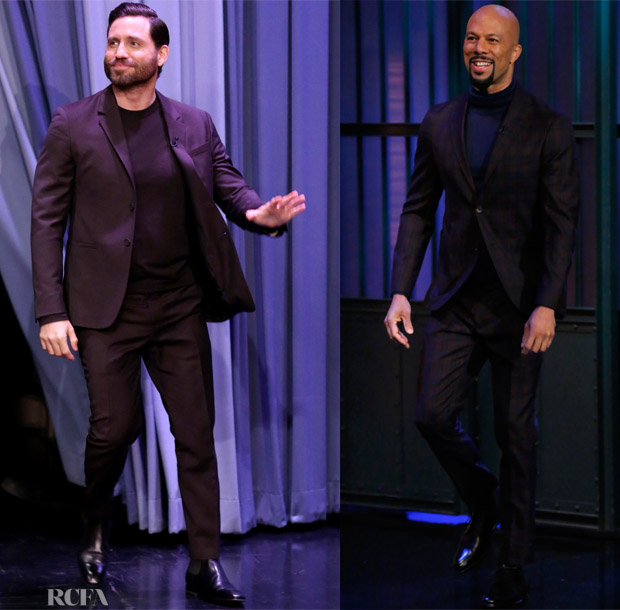 Edgar Ramirez: While on ‘The Tonight Show With Jimmy Fallon,’ Edgar donned a rich chocolate, monochromatic ensemble consisting of a Vince suit and a COS sweater. Simple and straightforward yet it got the job done.

Common: Always one to look sharp, Common impressed in this Strong Suit dark-plaid tailoring that couldn’t have been more handsome or well-fitted.