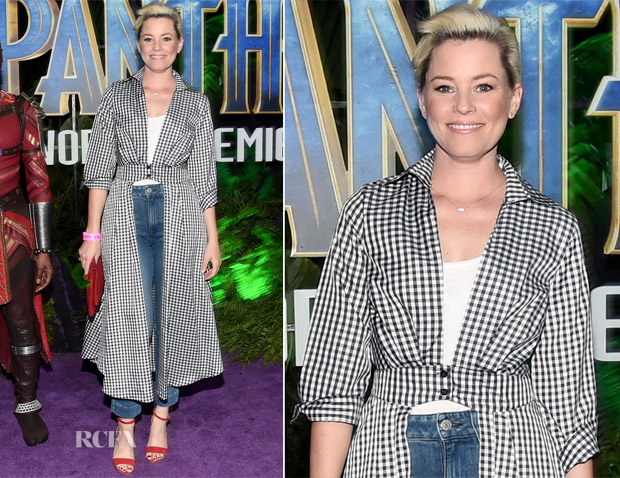 With a new, significantly shorter ’do, Elizabeth Banks was another actress who joined the long list of stars at the ‘Black Panther’ world premiere on Monday (January 29) in Hollywood, California.

However, given her ensemble, I almost wondered if she had dressed for a different occasion.

If you thought Laura Harrier was dressed down at the premiere, Elizabeth’s look brought a whole new level of casual to the red carpet.

In a sea of decorative gowns and other statement pieces, this Nasty Gal checquered shirt-dress hybrid didn’t quite check the box.

If the shirt had been paired with black trousers rather than denim jeans, I might have been closer to getting on board.

She admitted on Instagram that she was just a “fan” seeing the movie. Even still, I think I was just wishing for more from the actress who is no stranger to glam entrances. 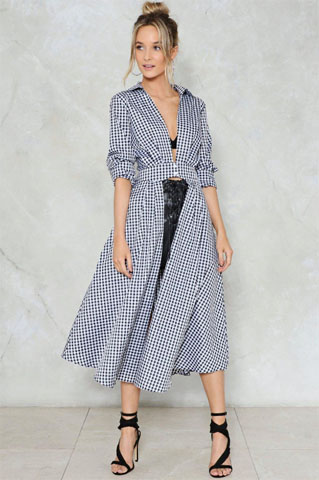