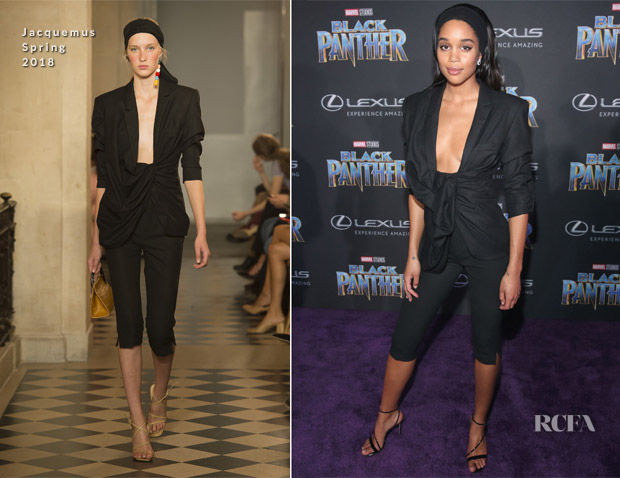 So star-studded was the ‘Black Panther’ world premiere on Monday (January 29) in Hollywood, California that one such star slipped past us.

Laura Harrier was also in attendance at the highly anticipated night.

Her Jacquemus Spring 2018 ensemble may have been one of the more minimalistic looks of the night, but it had maximum impact.

The sensual drape of the sarong-style, twist-front jacket nearly had a glamorous, beachy appeal—especially with the headband. Paired with skinny cropped pants, it was such a fresh revelation for the menswear-inspired trend.

This was the epitome of dressing down as a way of dressing up, completed by a seamless pair of strappy sandals.

Rihanna’s Was All White For The Fe...