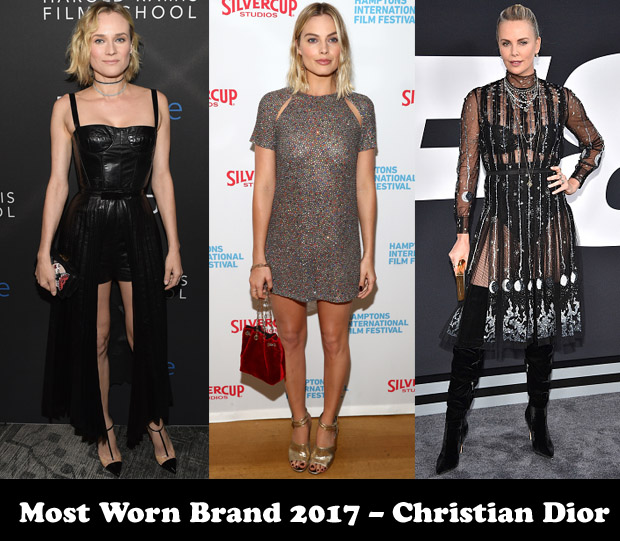 It should probably come as little surprise that the Christian Dior label covered the silhouettes of the most celebrities this year.

Bombshell blondes the likes of Diane Kruger, Margot Robbie, and Charlize Theron all proved to be consummate Dior darlings—along with countless other Hollywood cool girls.

And, they all served up Dior’s sassy—sometimes daring—but always dazzling takes on femininity.

This naturally leads us to the next point, which is the Trend of 2017, also belonging to Dior. 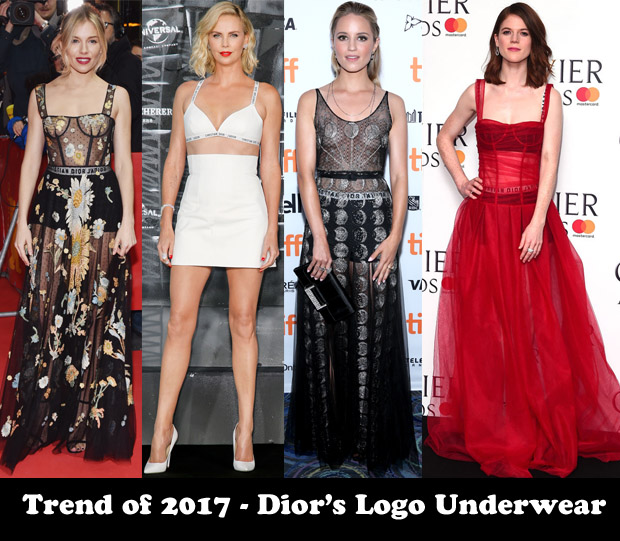 There’s no question that 2017 was the sartorial year of the stamped, logo underwear courtesy of none other than the house of Christian Dior, which ushered in quite the “new look” for the year.

Lending a spirited edge to the storied French fashion house, designer Maria Grazia Chiuri brought the so-called unmentionables into the light for the Spring 2017 collection, making them nothing short of front and center to flowy frocks and glamorous gowns.

The range of cheeky bralettes and boy shorts, emblazoned with the label’s letters, were a sheer craze and became nearly ubiquitous on the red carpet.

And, it seemed every Dior femme had her own way to show her undies—from Sienna Miller’s boho interpretation, to Charlize Theron’s barely-there bra and slip statement, and Rose Leslie’s crimson-red, sweeping whimsical confection.

Posted by Rachel Watkins on December 22, 2017 In: Best Of, Christian Dior