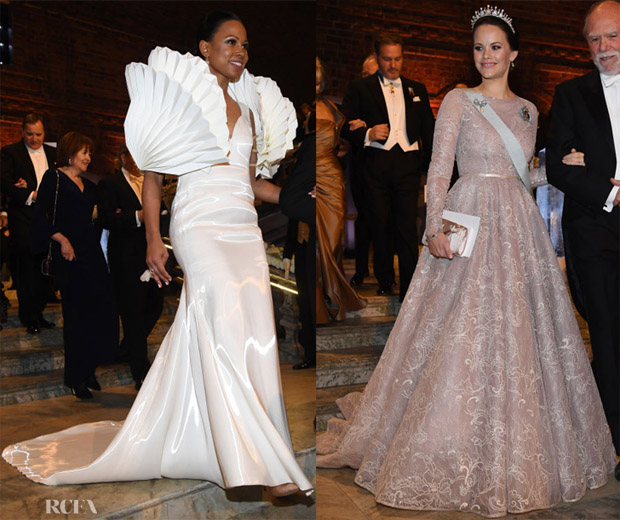 The Nobel Prize ceremony was held in Stockholm, Sweden on Sunday (December 10) followed by the 2017 Nobel Laureates Dinner on Monday (December 11) at the Stockholm Royal Palace.

Alice Bah: As the Swedish Minister of Culture & Democracy, Alice made a statement—quite literally—with her Bea Szenfeld & Naim Josefi gown. The designers created the look for more than just sartorial impact, as it was designed to highlight the melting arctic. The sculptural shoulders could certainly be described as glacial, with the liquid-white effect of the dress completing the picture that had serious undertones to its whimsy.

Princess Sofia of Sweden: The new mother was positively glowing in this Ida Lanto lace confection that was beautifully rendered in a soft, mauve-gray hue. She opted to re-wear her wedding-day tiara here—and when it’s that striking, I say why not. 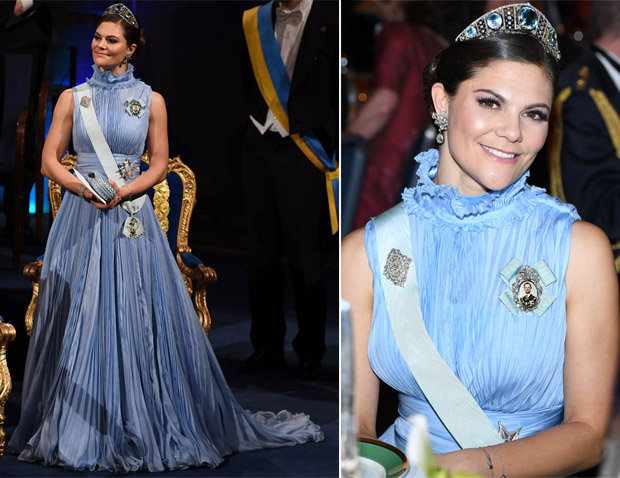 Crown Princess Victoria: Her tiara also has a story, as the Aquamarine Kokoshnik piece once belonged to Sweden’s Princess Margaretha. She complemented the blue gemstones with her cornflower-hued Jennifer Blom cascading, plisse gown that was lovely against her complexion. A Bottega Veneta clutch completed the look at the Nobel Prize Ceremony. 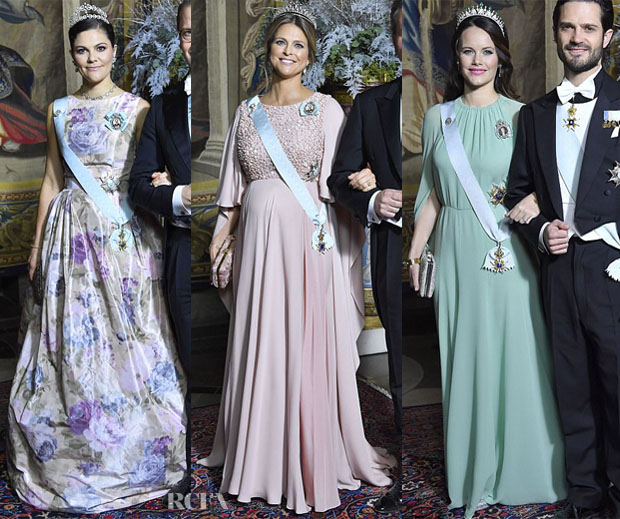 Next up: the 2017 Nobel Laureates Dinner.