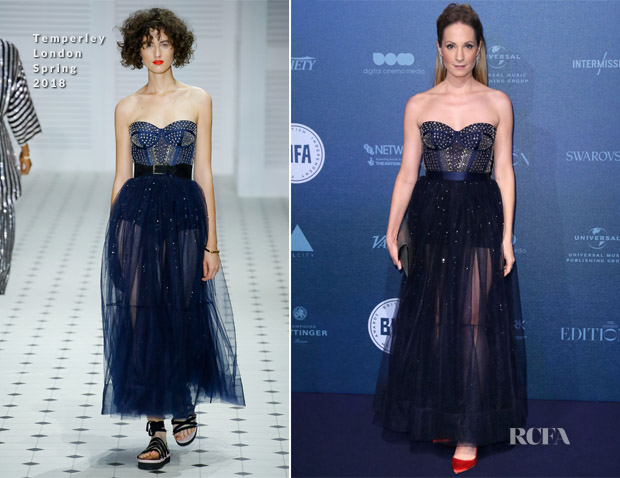 Joanne Froggatt joined a host of stars on a cold night for the British Independent Film Awards on Sunday (December 10) on Old Billingsgate in London.

The ‘Downton Abbey’ actress opted for a romantic silhouette via this Temperley London Spring 2018 gown.

Structured with a fitted bodice, the look proceeds to casts a spell in frothy tulle with embellishments which floats ephemerally along the skirt.

Unlike the model, Joanne opted for red pumps instead of a red lip, but I love the look either way.