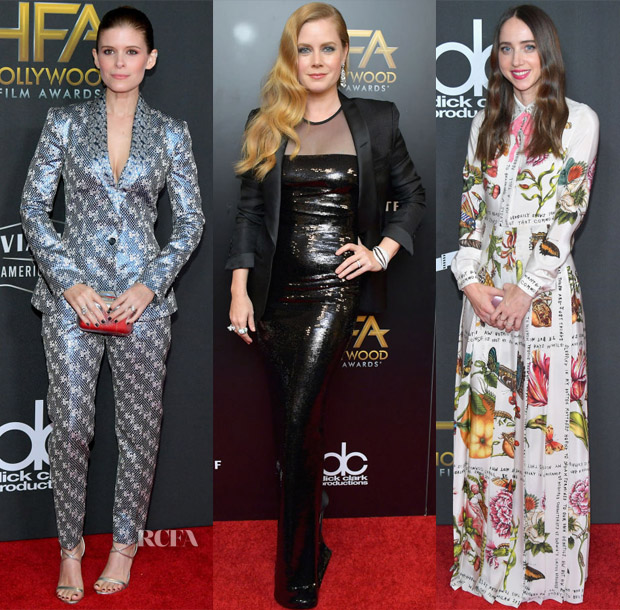 Kate Mara: The recently married actress presented a fashion-forward look in this Burberry patterned suit. The metallic mix is something that looks as good far away as it does close up thanks to the contrasting pattern on the collar and the sleek shape. The red clutch adds a new energy to the ensemble without overshadowing the modern tailoring.

Amy Adams: Opting for crisp tailoring and shimmering femininity, the actress wore an all-black Tom Ford number. The shape of the sequined dress was almost to the point of hobble skirt proportions, but it gave the look a liquidity that was juxtaposed with the sharpness of the jacket.

Zoe Kazan: Bringing a botanical touch, ‘The Big Sick’ actress donned a white Gucci dress decorated with flora and fauna. Some might find it too spring-like for this time of year, but I found it to be a joyful injection to the carpet. 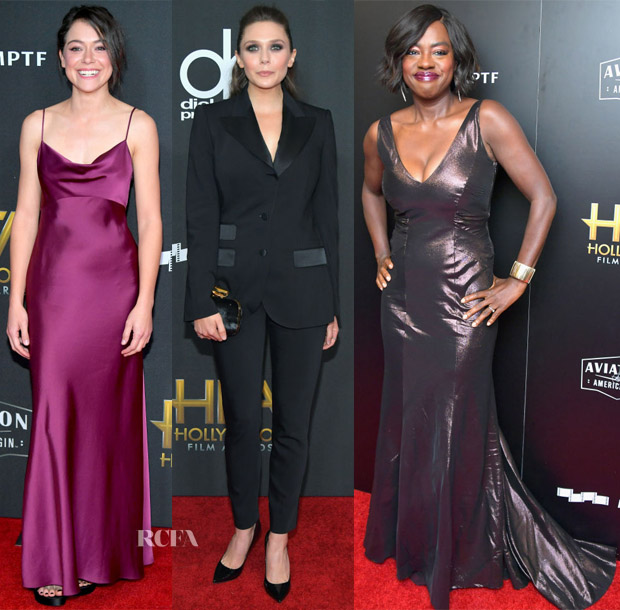 Tatiana Maslany: The ‘Orphan Black’ actress looked joyful in a Diane von Furstenberg slip dress. The rich magenta shade against the fluidity of the gown should be the focus, but I find myself drawn to the chunky black soles of her shoes. A delicate sandal would have kept the eyes up.

Elizabeth Olsen: Also favoring suiting, the actress donned black Dolce & Gabbana separates. This felt like a real change as she normally experiments with gowns with bold patterns, colors or textures. It’s still enjoyable to see her continue to try new things as the mix of satin details against the slim, black, three-button suit presented a sophisticated elegance.

Viola Davis: The actress shimmered in Alberta Ferretti. She is partial to a gown with a fitted top and flared skirt and this one shows off her shape splendidly. The soft iridescent fabric recalled a night sky while bringing out her complexion. 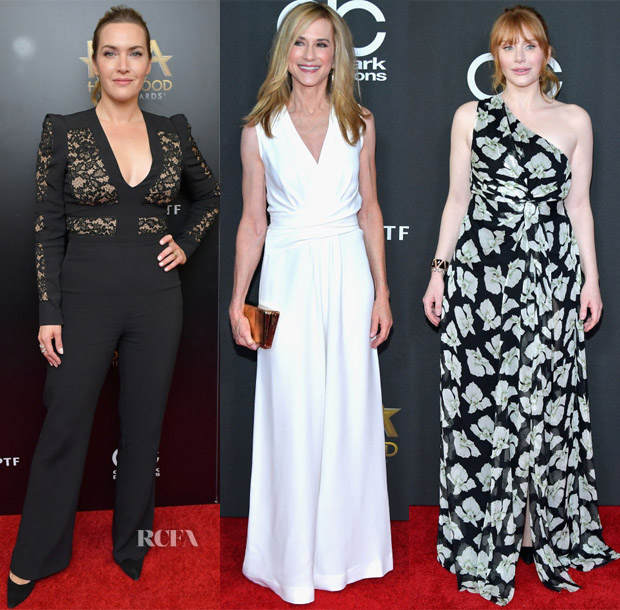 Kate Winslet: ‘The Mountain Between Us’ actress experimented with tailoring in Elie Saab. The lace panels with the black banding and plunging neckline successfully mixed hard and soft elements for an alluring finish. I appreciate how she didn’t style this with an ornate necklace so we could enjoy the garments more.

Holly Hunter: This snowy white outfit might not have had embellishment, but its graceful shape and freshness were striking. I’m afraid it might get lost against some of the more elaborate looks, but it still had a lovely quiet elegance.

Bryce Dallas Howard: Those experiencing déjà vu will recall that this patterned Cinq à Sept ensemble was previously worn by Ankia Noni Rose. Bryce’s version felt fresh as she gave it a bohemian finish with her tousled updo. Plus, she modified it to get rid of the side cut-outs.