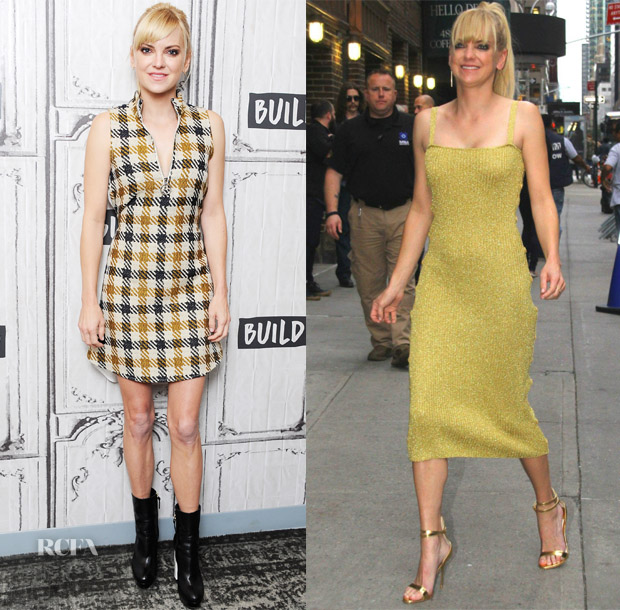 Anna Faris is busy promoting her new book ‘Unqualified.’ First she visited Build Series on Monday (October 23) in New York City. Then she stepped out later for an appearance on ‘The Late Show with Stephen Colbert.’

Build Series: This Sea New York Fall 2017 dress had a schoolgirl-ish charm thanks to the black and yellow-brown check pattern. Rather than promoting a twee look, the actress enhanced the mod details in the frock, teaming it with chunky black ankle boots and undoing the neck zip.

The Late Show with Stephen Colbert: She opted for subdued yellow shades for her second outfit with a muted mustard Creatures of Comfort Fall 2017 dress. The shimmering style was enhanced with gold sandals. Her lack of superfluous jewellery allowed the dress’s fitted shape and tactile fabric to command all the attention. 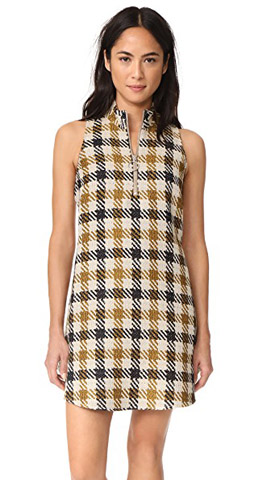 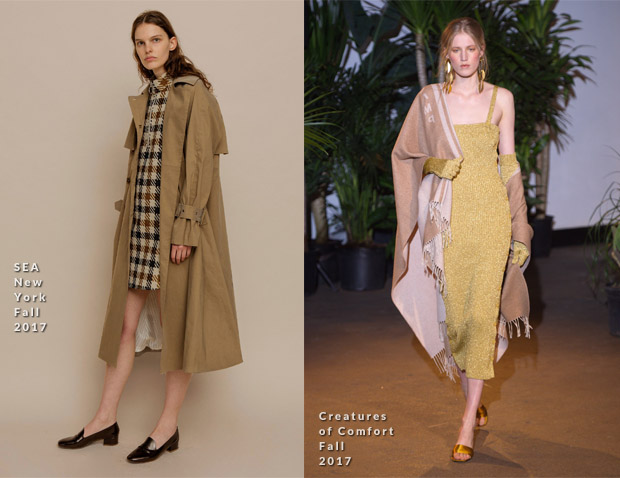 Posted by Heather Cichowski on October 25, 2017 In: Anna Faris, Creatures of Comfort, Runway To Red Carpet