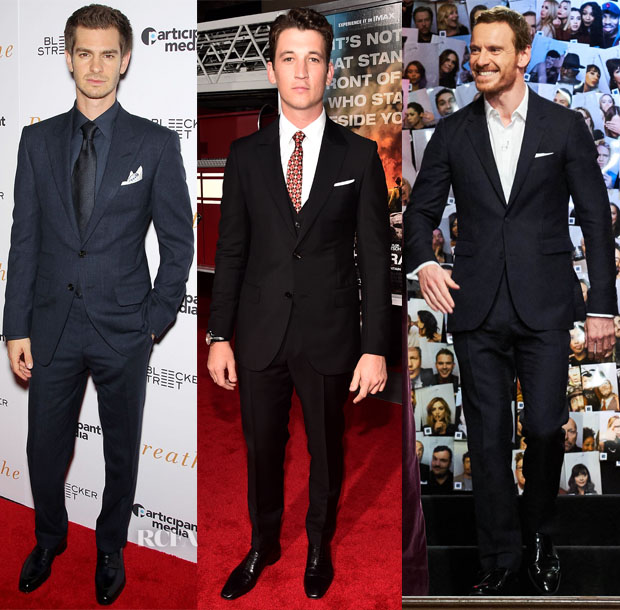 Fresh from a weekend’s worth of looks, here’s what the men have been wearing lately.

Andrew Garfield: At the ‘Breathe’ New York special screening on Monday (October 9) alongside Claire Foy, Andrew donned a Tom Ford ensemble that continued his incredibly polished flair. Fresh off his BDOTW win—where he was also in Tom Ford—this look continued in fine form, as I loved the varied richness with which he wore these shades of blue, highlighted by the flash of a light pocket square to complete the effect.

Miles Teller: Joining Jennifer Connelly and Nina Dobrev at the ‘Only The Brave’ LA premiere on Sunday (October 8), Miles was all buttoned up in a conservative Ermenegildo Zegna Couture three-piece suit that was ever so dapper.

Michael Fassbender: Dropping by ‘The Late Late Show with James Corden’ on Friday night (October 6), Michael took a handsomely laid-back approach in Burberry tailoring that didn’t take itself too seriously by virtue of the unbuttoned dress shirt. 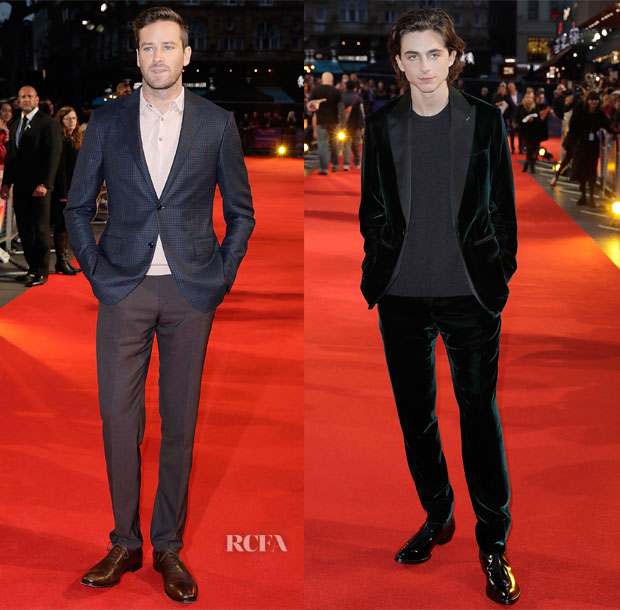 Armie Hammer: At the UK premiere of ‘Call Me By Your Name’ at the BFI London Film Festival, Armie skipped the traditional tuxedo-style dressing and offered up a more casual variation on red-carpet dressing in this Ermenegildo Zegna ensemble. It was still at the epitome of suave, though, as I loved the effortlessly stylish way he combined the embossed navy blazer with a light-pink sweater and grayish-mauve trousers.

Timothee Chalamet: Showing that velvet isn’t only for the girls at the ‘Call Me By Your Name’ UK premiere, Timothee kept his unique embrace of fashion going strong with the velveteen trend in this ensemble. It kept up its youthful edge with the addition of the un-tucked T-shirt underneath rather than the more forced effect of a button-down shirt.

Allison Williams In Hellessy – ‘Anatomy of a Scene: Get Out’ Hamptons International Film Festival Screening