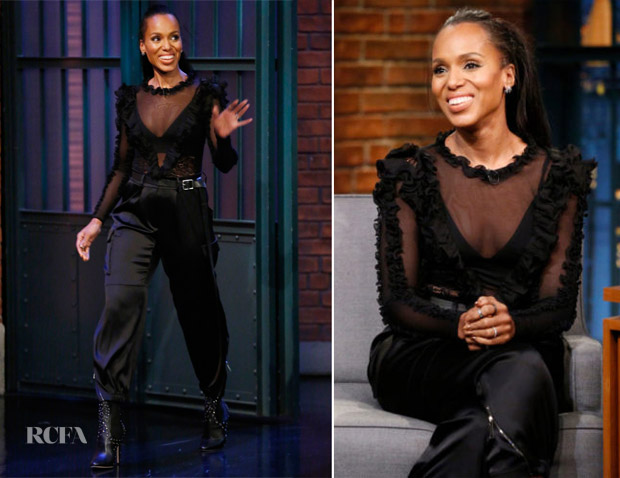 I have been loving Kerry Washington’s latest string of looks as she promotes the final season of ‘Scandal.’

And that affection continued with her appearance on ‘Late Night With Seth Meyers’ on Thursday (October 5).

I like the lighthearted sexiness of her Faith Connexion sheer, ruffled-fringe bodysuit styled with a One Teaspoon bralette.

Pairing the bodysuit with silken Redemption trousers and Tamara Mellon boots provided a sophisticated sense of edginess and textural interest despite the monochromatic palette.