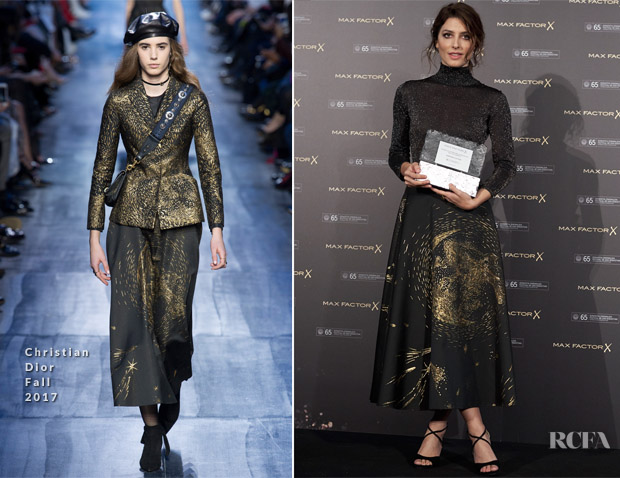 Continuing her fest looks in fine form, she was classically sophisticated in a Christian Dior Fall 2017 metallic constellation-esque skirt that you may recognize as the same skirt that Natalia Vodianova wore just recently.

Yet, I love how Barbara opted to skip the tailored jacket in favour of the glittery turtleneck for a different variation that provided subdued shimmer and utmost sophistication.