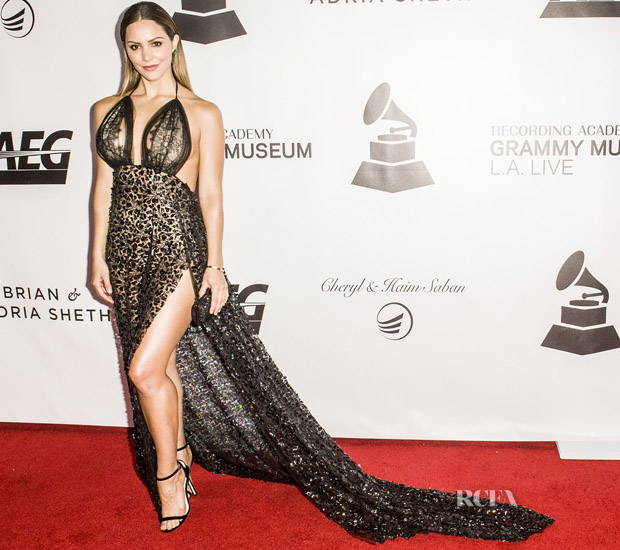 Katharine McPhee took to the red carpet for the 2017 Grammy Museum Gala honoring David Foster on Tuesday (September 19), before her performance.

It may have been David’s night, but all eyes were on Katharine who stunned in Martha Medeiros.

Some may say she’s leaving little to the imagination, but I feel the dramatic silhouette – with a focus on the intricate fabrics and detailing – places this in the sexy rather than tacky side of the fence.

Katherine McPhee In Zimmermann – B...