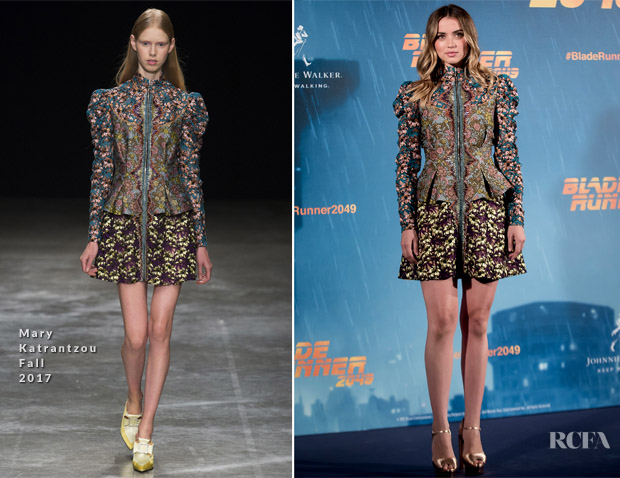 While co-star Sylvia Hoeks was in Rome, Ana de Armas was in Madrid on Tuesday (September 19) at the ‘Blade Runner 2049’ photocall alongside Ryan Gosling and Harrison Ford.

The Cuban actress donned a Mary Katrantzou Fall 2017 dress. The exaggerated shoulders, pleated peplum detail and layered look had futuristic leanings but the designer’s signature prints were a wiser alternative to the clichéd metallics.

Champagne gold Casadei pumps added a sweetness to the sharp tailoring above.

Critics might find the peplum and puffed shoulders to be dated, but the proportion of them and the juxtaposition of patterns makes them feel modern for me. 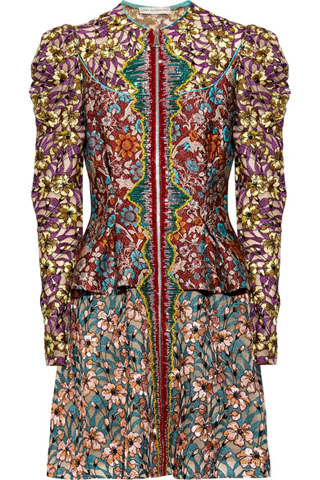