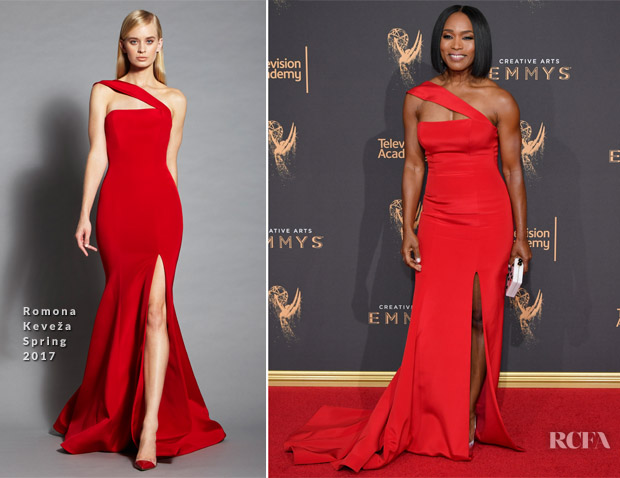 Angela Bassett glided down the red carpet on day 2 of the 2017 Creative Arts Emmy Awards on Sunday (September 10) LA.

The actress who celebrated her 59th birthday last month – I kid you not – wore a red mermaid gown featuring an architectural one-shoulder neckline from the Romona Keveža Spring 2017 collection; which only served to enhance her radiant beauty.

She doesn’t get older, she just gets better.

I’m stunned. Left in absolute awe and in desperate need to figure out her diet, beauty and fitness regime so I can follow it to the letter.

Courtney B. Vance and Angela Bassett in Romona Keveza