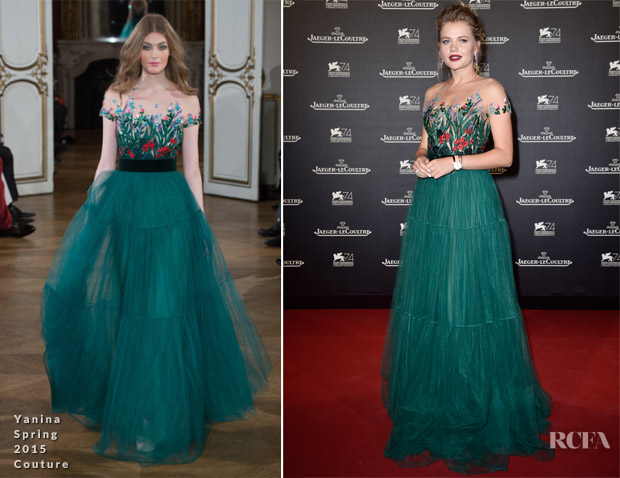 Maria Ivakova was on the red carpet for the Jaeger-LeCoultre Gala Dinner during the 74th Venice Film Festival on Tuesday (September 5).

As we’d expect, she wore a very visible Jaeger-LeCoultre timepiece to go with her Yanina Spring 2015 Couture gown, which didn’t exactly match with the whimsy of the dress.

I realize this was a design from several seasons ago, but it felt more dated than it should have.

I will have to lay blame with the pageant updo and dark lip as part of the problem in overcooking the look, too.