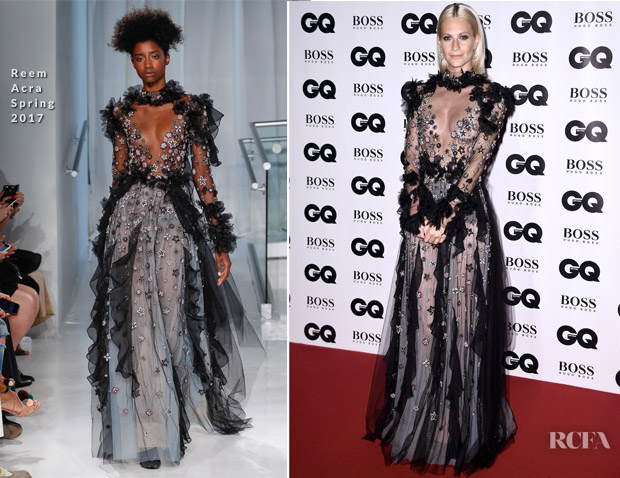 While the Venice Film Festival marches on, another head-turning red carpet was happening at the 2017 GQ Men of the Year Awards in which Poppy Delevingne was in attendance on Tuesday (September 5) in London.

I felt quite bewitched looking at her Reem Acra Spring 2017 gown that was all aflutter with starry embellishment and ruffled tufts—but I’m not sure it was a spell I wanted to be cast under.

You would think such a dress with its sheer, skin-baring qualities wouldn’t seem so simultaneously overdone with fabric and frou.

But, that’s the effect I’m getting here.

With her platinum locks, she certainly wore it in its best light; but, on or off the runway, it’s a challenging look—no matter which way you slice it.

Billy Porter Picks Up His GQ Men Of The ...