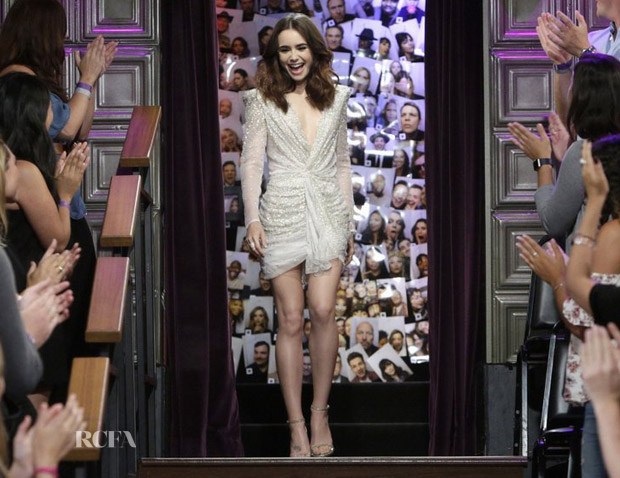 Lily Collins made a guest appearance on ‘The Late Late Show with James Corden’ on Monday night (August 7), to promote ‘The Last Tycoon’, and talk about her famous eyebrows saying “It’s weird, I’ve done book signings and press tours where people asked to touch them.”

I love the 80s-style silhouette with the bold shoulders and the embellishment which heightens the allure of the piece, but my immediate feeling was the off-white colour was washing her out.

So I went online and sourced the video which assured me it was just the picture.

Lily Collins Suits Up For The Cartier Ma...

Posted by Catherine Kallon on August 10, 2017 In: Lily Collins, Redemption