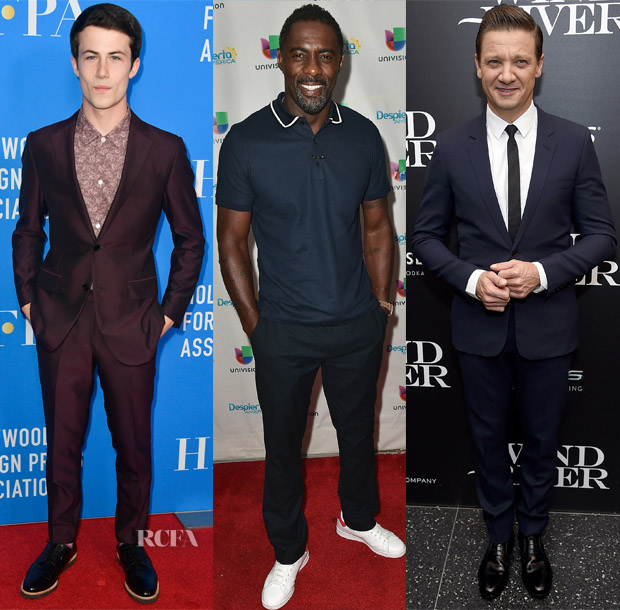 The femmes have been joined by the fellows at a variety of red-carpet occasions this past week.

Idris Elba: After his last style-forward outing, ‘The Dark Tower’ actor took a more basic turn in a Burberry polo shirt and slacks for an appearance on ‘Despierta America’ on Wednesday (August 2) in Miami. The slightly mismatched navy hues between the shirt and pants had me colour-correcting this ensemble in my head.

Jeremy Renner: Jeremy continued in fine form when he joined Elizabeth Olsen for the ‘Wind River’ screening in New York. This navy suit was all about sharp, precise formality and polish. 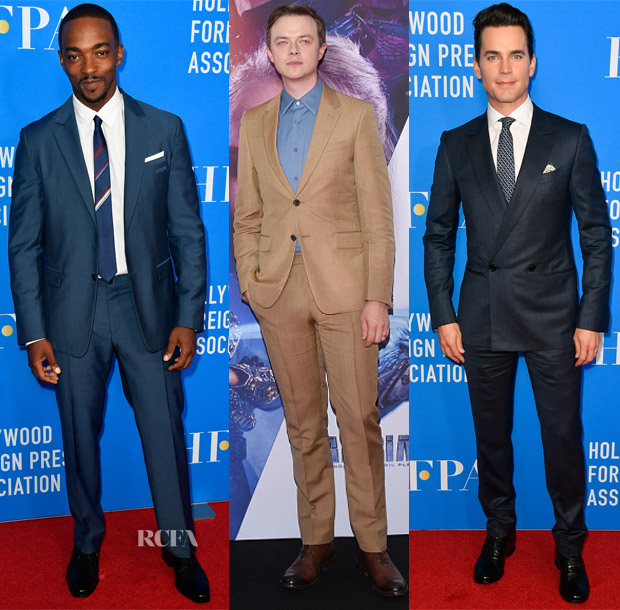 Anthony Mackie: Also at the Hollywood Foreign Press Association’s Grants Banquet, Anthony showed his stripes in a head-to-toe Salvatore Ferragamo ensemble that had plenty of attitude thanks to small details like that striped tie and the sheen of his suit.

Dane DeHaan: Back to wearing his go-to designer, Prada, Dane put on a Fall 2017 khaki-coloured suit to join Cara Delevingne for the ‘Valerian and the City of a Thousand Planets’ Mexico City premiere on Wednesday (August 2). With this look, he shows no sign of switching up his buttoned-up, tie-less fashion formula that he’s been abiding by.

Matt Bomer: As handsome as ever at the Hollywood Foreign Press Association’s Grants Banquet, Matt was striking in an Ermenegildo Zegna Couture suit that I loved for its simple, streamlined two-button approach to double-breasted detailing. A patterned pocket square and a contrasting yet complementary printed tie rounded out the look.

SAG-AFTRA Foundation Patron of the Artis...