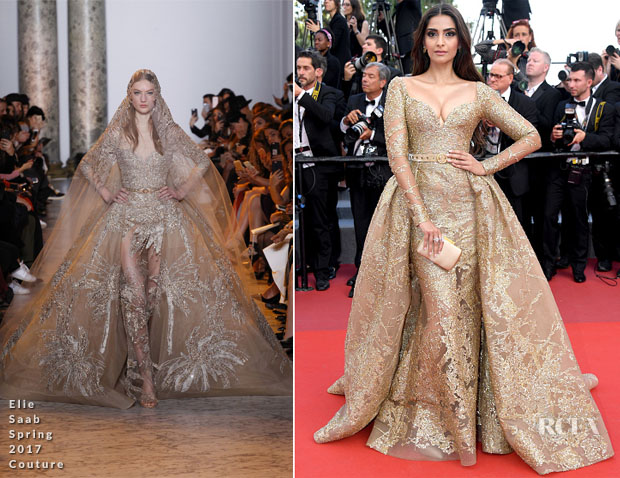 Sonam Kapoor was sticking with Elie Saab for her second red carpet appearance for ‘The Killing Of A Sacred Deer’ Cannes Film Festival premiere this evening (May 22).

When I see her in this gold tulle embroidered Spring 2017 Couture gown I ask myself, “where is the fashion trailblazer who used take this festival by the scruff of the neck and shake things up?”

Her gown is absolutely stunning, don’t get me wrong.

It’s my favourite of the Elie Saab gowns so far, and one of the best from today; but I was expecting way, way more from Sonam so overall I feel a bit disappointed.