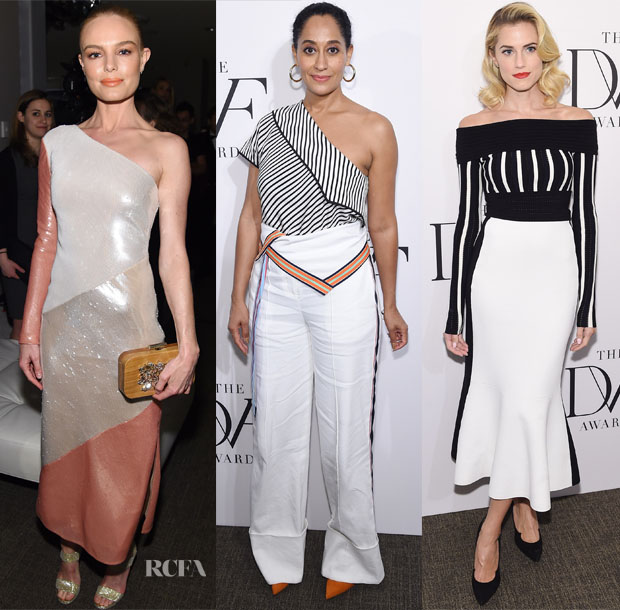 The 2017 DVF Awards took place on Thursday (April 6) at the United Nations Headquarters in New York with plenty of stars decked out in DVF.

Tracee Ellis Ross: Had it not been for the poor fit and the creases, this DVF Spring 2017 look would’ve been a winner.

Allison Williams: Going the uber sophisticated route, the ‘Girls’ actress was my favourite of the bunch. I just love the timeless quality of her Fall 2017 look with the old Hollywood glam styling. 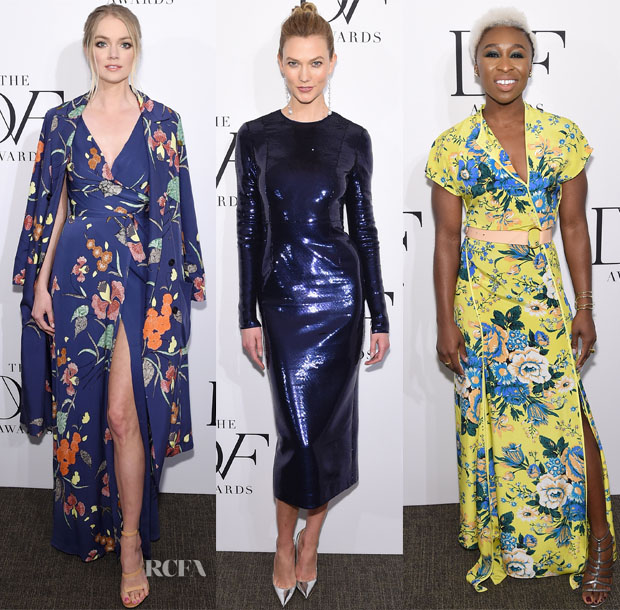 Lindsay Ellingson: The model presented a floral explosion with a two piece look which featured the designers iconic wrap dress.

Karlie Kloss: To collect her Inspiration Award, Karlie wore a custom Diane von Furstenberg embellished dress which exuded show-stopping glamour which she styled with Christian Louboutin ‘So Kate’ silver metallic pumps and Irene Neuwirth One of a Kind earrings. Further proof you don’t have to wear a sheer dress to ooze plenty of sex appeal.

Cynthia Erivo: The singer was also blooming on the red carpet wearing an Asian inspired Diane von Furstenberg Pre-Fall 2017 dress. I love the dress, but I’m not a fan of the accessories.