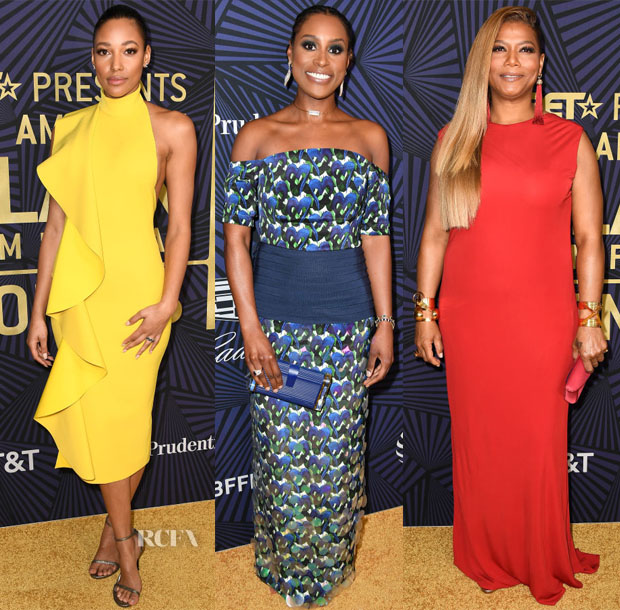 The BET Presents the American Black Film Festival Honors were held on Friday (February 17) in Beverly Hills, California, with a number of stars in attendance.

Kylie Bunbury: My fondness for the actress’s Solace London ‘Amelle’ dress started with its bright, sunny hue, but it was the cascade of large ruffles down the front and back that really stole the show.

Issa Rae: Had the wide cummerbund-style detailing of this Lisa Folawiyo printed dress fallen a bit higher on Issa’s waist, the proportions would have changed for the better. As presented, it shortens the leg line rather than elongating it. The look was styled with an Edie Parker ‘Lara’ clutch.

Queen Latifah: Had she abided by the rule to remove one accessory before you leave, this look would have already been off to a better start. But, then I ask myself, which accessory… One of the gold cuffs? The clashing red clutch? The Saint Laurent tassel earrings? The strangely blunt, layered extensions? They all needed to go. 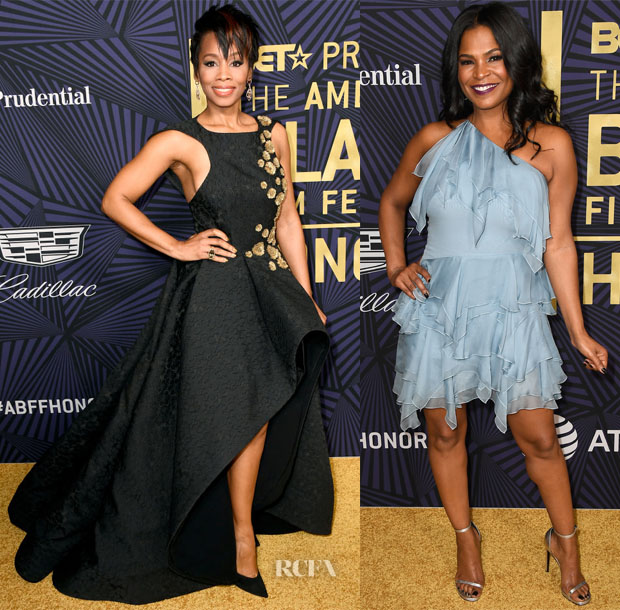 Anika Noni Rose: Continuing the sculptural, high-low trend we’ve seen of late on Janelle Monae and others, the actress wore an Azzi & Osta gown with dimensional floral embroidery. Perhaps seeking to edge up the more voluptuous, feminine lines of the dress, she wore a spiky ’do that would have benefited from a bit more softness for a look such as this.

Kylie won the night for me. What about you?