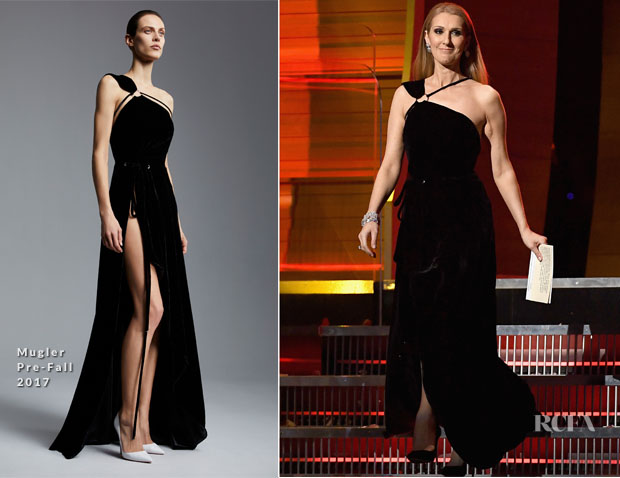 For the 2017 Grammy Awards on Sunday (February 12) in LA, some stars didn’t only rock one look. It was a double feature—a triple feature for a few—with quick changes all night long.

Celine Dion: Don’t let the side view of this Mugler Pre-Fall 2017 black gown fool you. It was still slit way up to there, as presented in the look book, showing off some major leg as the music icon took the stage to present the award for Song of the Year. 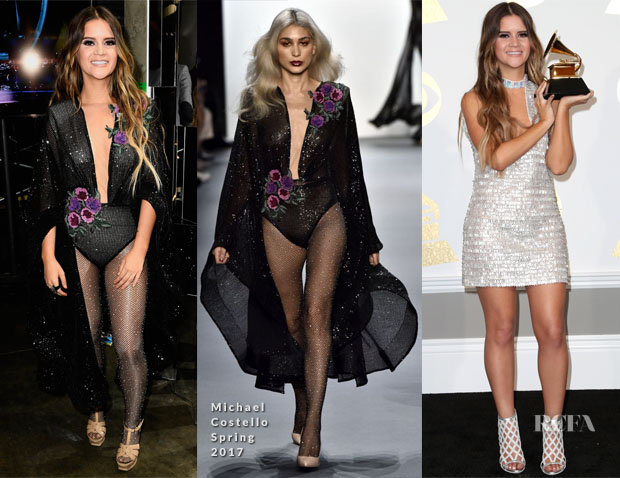 Maren Morris: We saw Maren in a Michael Costello Spring 2017 look on the red carpet, and she wore another look from the collection for her performance with Alicia Keys. The glittering, floral-embroidered bodysuit and cape is the epitome of girly, glam, and attention-grabbing. But it’s those beige platform shoes that completely floored me for all the wrong reasons. Why? Just why?

After her performance, she posed with her first Grammy in a silver Genny Fall 2017 mini dress, encrusted with all-over paillettes. It was a fun retro-spirited frock with her cage shoes; I just didn’t love the blue gem accents at the neckline, as they cheapened the look for me. 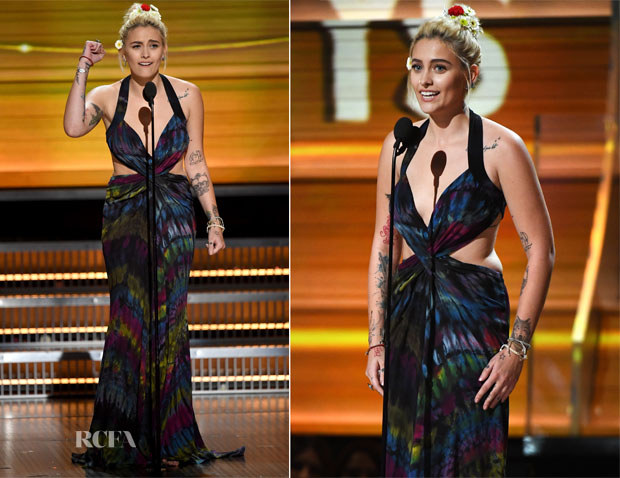 Paris Jackson: Seeing a second look such as this causes me to ask: Why the second look when the first was so much stronger? This custom Jeremy Scott tie-dye dress was hippy-dippy in all the wrong ways and certainly not as flattering or well-fitting as it should have been for a custom piece. 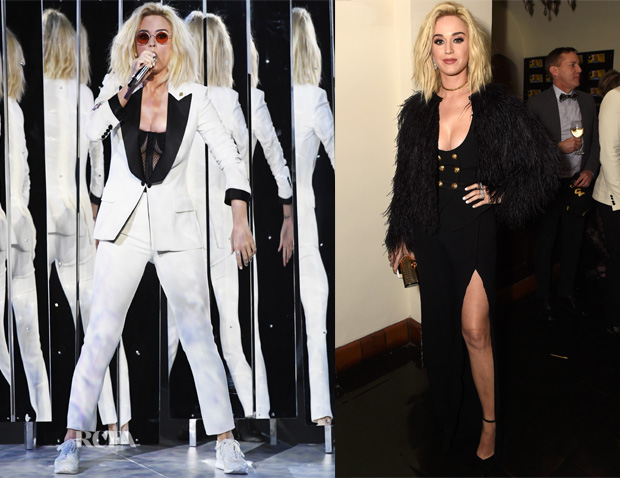 Katy Perry: Any political connotations from her ‘Chained to the Rhythm’ performance aside, I am voting in favour of this crisp white Tom Ford cropped pantsuit. There was an intriguing balance of sexy and sporty in the black corset and the white tennis shoes from Katy Perry Footwear.

After the show, the platinum-blonde singer went from menswear-inspired fashion to all-out feminine allure in this va-va-voom Zuhair Murad black scoop-neck gown topped off with a fuzzy stole for extra drama. 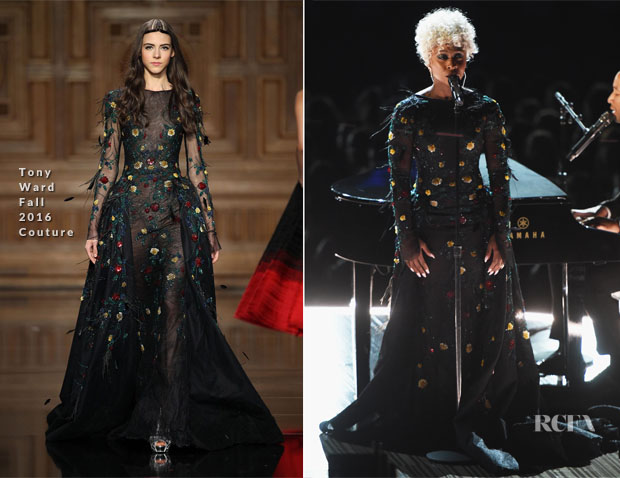 Cynthia Erivo: Even when lined, this enchantingly whimsical Tony Ward Fall 2016 Couture gown is the best of the singer’s Grammy and pre-Grammy looks. 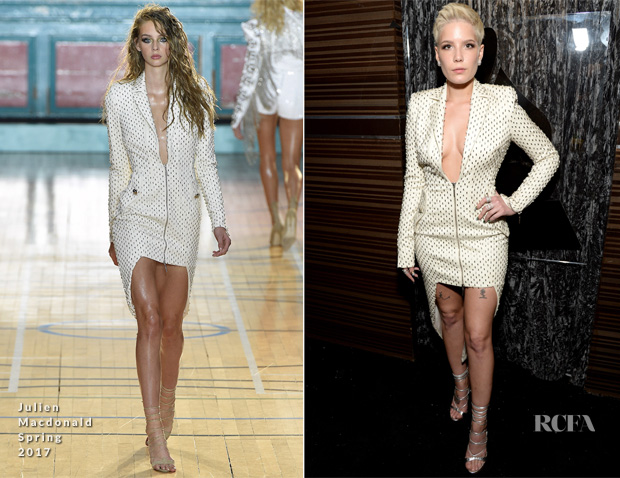 Halsey: Halsey’s Grammys red carpet look may have been inspired by TLC circa 1990s, but she went for a different punk persona in her Julien Macdonald Spring 2017 mini dress, toughened up with all-over studs. It was a marked improvement. Would you agree?