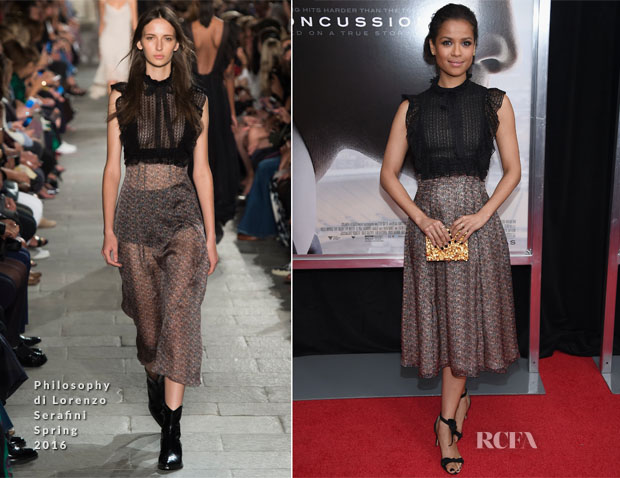 The actress wore a Philosophy di Lorenzo Serafini Spring 2016 dress, which has been modified from the runway to include a lining and a slightly shorter skirt.

While some might consider this a bit mute for a movie premiere, I love how the actress continues to serve up a consistent level of class and sophistication.

I don’t think many could’ve sold this to me, but Gugu does with ease and finesse.