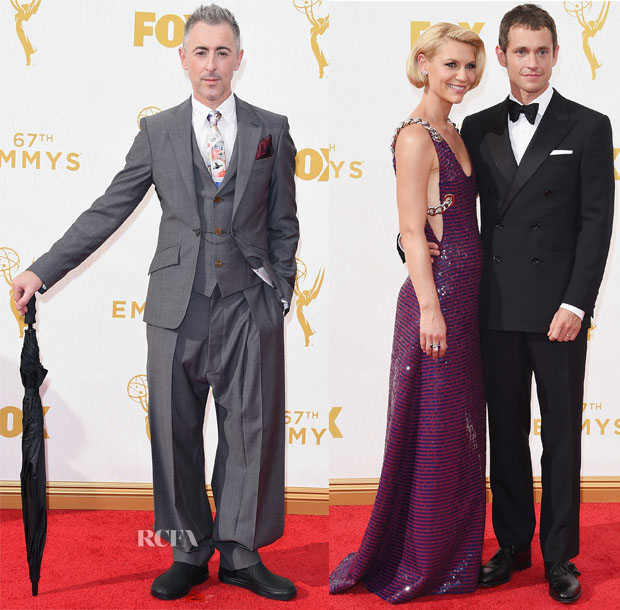 Lest you think we had left out the dapper gents at the 2015 Emmy Awards, here is a roundup of the menswear moments that took to the red carpet at the Microsoft Theatre in Los Angeles, California on Sunday night (September 20). 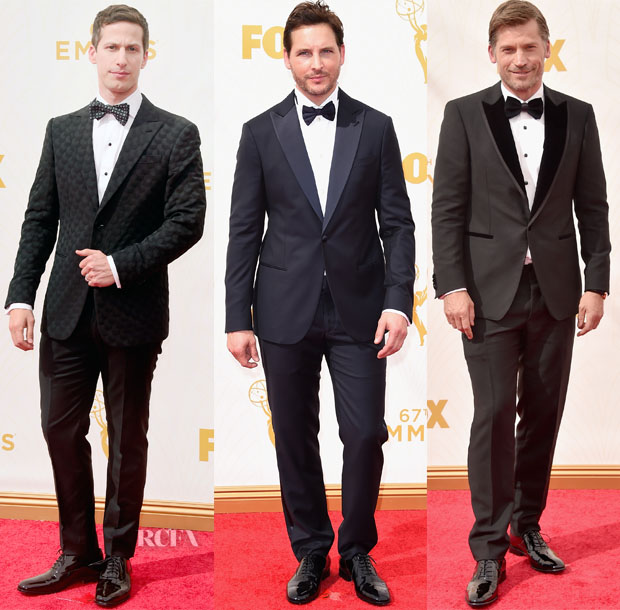 Andy Samberg: As the evening’s host, Alan made a splash on the red carpet in a custom Giorgio Armani black geometric print, two-button peak lapel dinner jacket with a formal black trouser paired with a classic white evening shirt and a patterned bow tie. I loved this look for its mod step outside the norm while still maintaining an elegant attitude.

Peter Facinelli: The actor was fetching in a Giorgio Armani midnight-blue, two-button peak lapel tuxedo styled with a white evening shirt that featured a classic wing collar and a bow tie. The deep blue hue added an understated yet striking depth, really bringing out his eyes.

Nikolaj Coster Waldau: Dressed in a head-to-toe Salvatore Ferragamo ensemble, the ‘Game of Thrones’ actor took a traditional tuxedo-defined stance with the flourish of velvet lapels for a luxe touch. 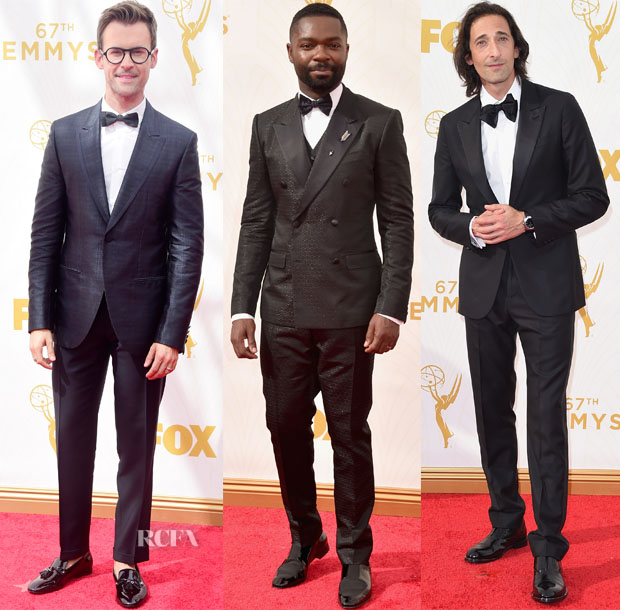 Brad Goreski: The ‘Fashion Police’ star and E! red carpet co-host was stylishly outfitted in a Louis Vuitton tuxedo with shiny patent Louis Leeman shoes—sans socks, naturally. I loved the textural patterning in the tux, which added subtle flair to this sharp look.

David Oyelowo: Bringing his own shine factor to the proceedings, the actor opted for a three-piece, double-breasted Dolce & Gabbana suit with the sheen of metallic threading throughout. I wish the trousers had been as well tailored as the jacket. Christian Louboutin ‘Houghton’ pump flats completed the ensemble with more luster.

Adrien Brody: While his suit may have been lacking in polish and the large bow tie a bit askance, he made up for it with his signature charm. 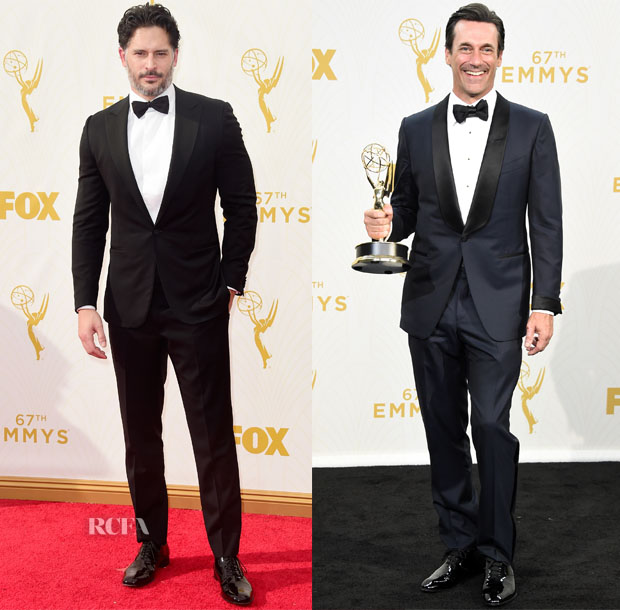 Joe Manganiello: While there wasn’t anything terribly statement-making about Joe’s standard black tux, there is something to be said for a solidly tailored, straightforward ensemble such as this.

Jon Hamm: The ‘Mad Men’ actor scored his Emmy win and made a slick appearance in a dark suit with contrast satin lapels. It was nice enough, but the trophy outshone his sartorial showing. 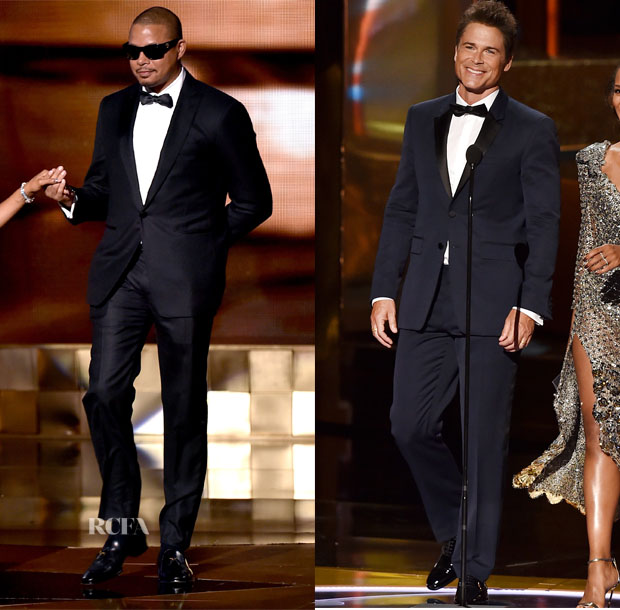 Terrence Howard: Copping a Hollywood attitude, the ‘Empire’ actor decided to wear his oversized sunglasses at night—and momentarily inside the theatre—where the rest of his ensemble consisted of a classic Etro black suit paired with a skinny bow tie and Louis Leeman dress shoes.

Rob Lowe: As one of the evening’s presenters, Rob commanded the stage in a precision-fit Burberry navy-blue suit with contrast black lapels that was perfect for his own baby blues. The effortless refinement cannot be ignored here, as this is handsome without a hint of try-hard.