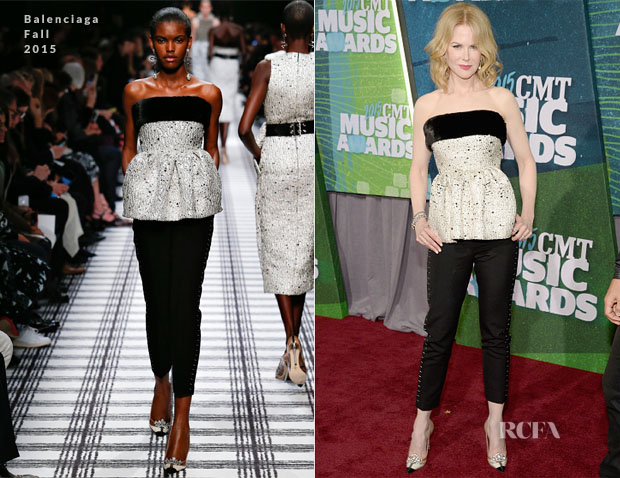 While I was head-scratching her decision to wear a fur-trimmed piece in summer, I also found myself full of admiration for her chic, modern Balenciaga Fall 2015 ensemble.

Often one to shy away at these events as not to steal the limelight from Keith, the actress appeared to be having a lot more fun on this occasion posing for selfies with her hubby and packing on the PDA.