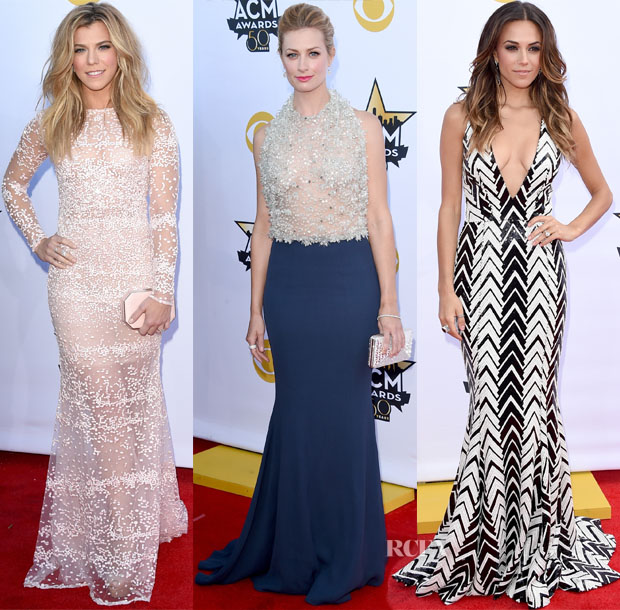 Here is a roundup of the rest of the attendees of the 50th Academy Of Country Music Awards at AT&T Stadium on Sunday (April 19) in Arlington, Texas.

Beth Behrs: The actress was equally enchanting, wearing a Christian Siriano Spring 2015 open-back gown, which is steeped in elegance despite the semi bodice.

Jana Kramer: The singer was smouldering hot, wearing a black and white sequined Jay Godfrey Spring 2015 gown which was one of my favourites on the night. Simple styling and blown out tresses perfected the look. 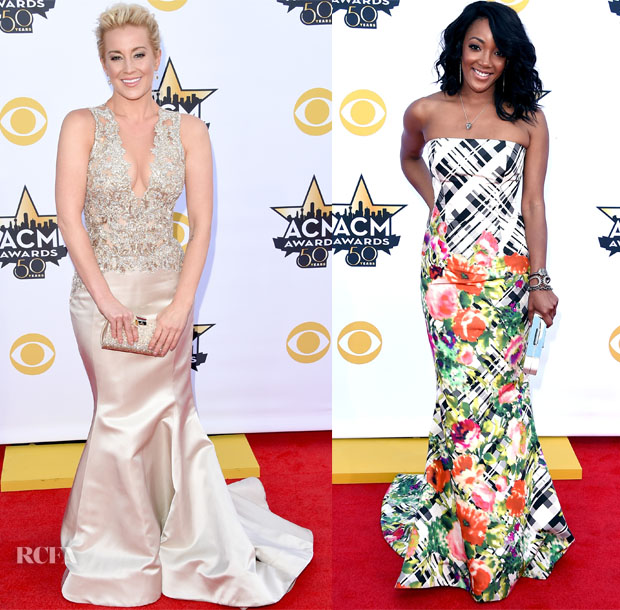 Kellie Pickler: The singer wore a champagne hued Lorena Sarbu Pre-Fall 2015 halter gown, which also featured a beaded bodice. The look was styled with CSARITE® by Erica Courtney and Swarovski’s New Power Crystal clutch. My issue with this look is that it feels really dated. This could be a picture from 10 years ago. Her style has never really evolved.

Mickey Guyton: The country singer injected a summery vibe into this red carpet, wearing an Oscar de la Renta Resort 2014 dress, which I love for how it infuses plaid with a vibrant floral print. 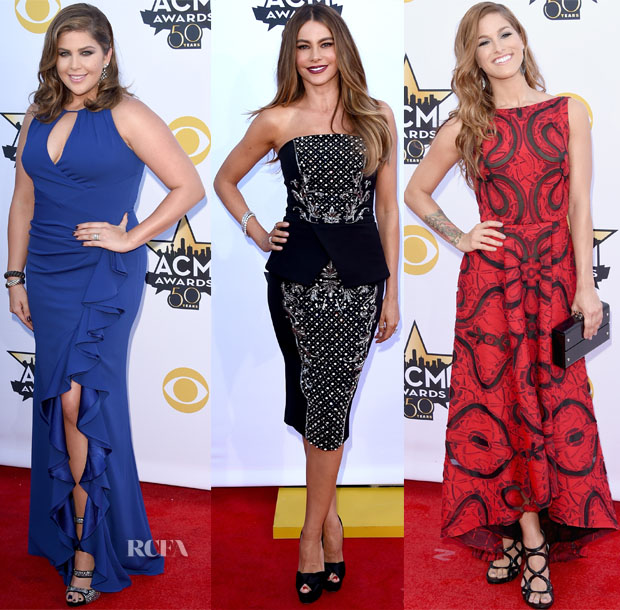 Sofia Vegara: Joining her ‘Hot Pursuit’ co-star Reese Witherspoon, Sofia also opted not to wear a gown, selecting a figure enhancing Beyond peplum gown styled with Norman Silverman jewels and Louboutin pumps. I would’ve loved to have seen her in a summery hue.

Cassadee Pope: Standing out in her red and black Badgley Mischka Fall 2015 high low gown, I love that she injected some fun accessories into her look.