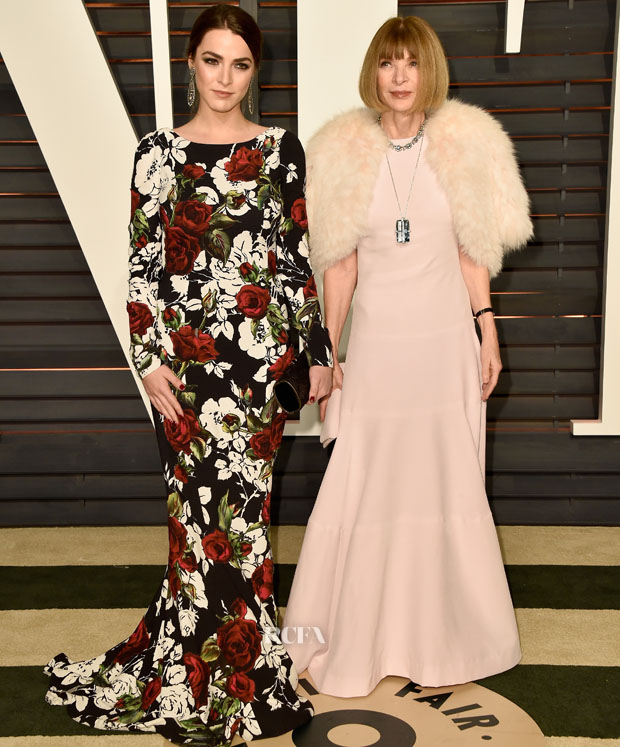 Bee Shaffer: Sticking to her favourite Italian designers Dolce & Gabbana, Bee usually does a big ball gown but this floral-print was striking enough with a rich mix of contrasting hues.

Anna Wintour: The editor-in-chief of American Vogue wore a beautiful lavender fog haute couture gown created especially for her by John Galliano for Maison Margiela. She has been a great supporter of the designer before and during his comeback and he repays the favour in this beautifully feminine exquisite creation.